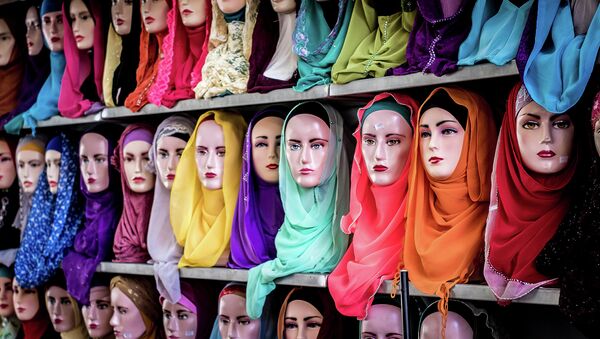 The unexpected influx of refugees became a shock for the typically calm and quiet country of Hungary, where a police car with working lights and sirens is a rarity: some migrants forget that they are guests and should pay respect to the local population whose taxes actually give them shelter and safety.

Vasily Raksha — To understand the situation better, we should note that criminality is quite alien to Hungary – the doors at small hotels may stay open through the night and the low fences around residents’ gardens are often glaringly symbolic.

“Those black people came and said I was a prostitute and wanted to have sex with me because I didn’t wear a hijab. But I am not Muslim, why should I wear it? They swore at me, it was awful and embarrassing and sent a shiver down my spine,” a jewelry seller in the town of Biscke said.

Her assistant shyly revealed that she was subjected to outright physical harassment in the street when a migrant pinched and touched her, when she wore ‘open’ clothes.

“They stole products from the mall and rings from our jewelry store,” she added.

Insider’s View of Refugee Issue and Middle East Violence
Moreover, the girls recounted that migrants came to the shop but refused to talk to them just because they were women and requested a male salesman.

On the contrary, a young McDonald’s cashier girl in the town of Gyor said that numerous refugees from two camps nearby have become regular visitors but do not pose any problem.

“They are coming every day, and they recognize me already. They loudly greet me from outside, but nothing bad has ever happened and their being here is OK.”

‘I Don’t Want Europe to Lose Its Achievements’

A Budapest-based veterinarian, who has travelled all over the world and seen different cultures with his own eyes, insisted that Hungary must be a good teammate in the EU and should not dodge its responsibilities, underscoring that the migrant policy “must be implemented in a civilized way”.

“Yes, I do feel sorry for them and we must help those who lost their home, but they should pay respect to us in response”.

Iraqi Refugees Forced to Choose Whether to Stay in Europe or Return Home
Hungary will gladly let the newcomers in, but they must leave their fingerprints and take responsibility for their actions in the country, he explained.

The specialist stated that he has been regularly donating to different foundations but he wants to know for sure that his taxes and benefaction reach the recipients and do not get lost in the wrong person’s pockets. He admitted he has not contributed to any refugee-related foundation but he would consider doing it if asked.

He raised concern that the European and Islamic cultures may be compatible.

“It took thousands of years to acquire what we have today and reach this level. I don’t want Europe to lose it.”

Discoursing upon the root of the entire crisis, with Europe reeling from a massive exodus from the Middle East and Africa, where millions are suffering from wars, the man suspected the global leaders of cashing in on the havoc there. Their “fighting for money” costs “hundreds of thousands of innocent lives.”

In conclusion he accentuated that guests must remember their status with respect to hosts.

“If I ever came to Syria, or Iraq, or somewhere else there, I would never try to dictate my rules in those countries, I would not try to impose my lifestyle if it contradicts the local one. I would comply with their rules.”