Not a Stag Tour: UK Troops Deploy to Baltics to Face 'Russian Aggression' 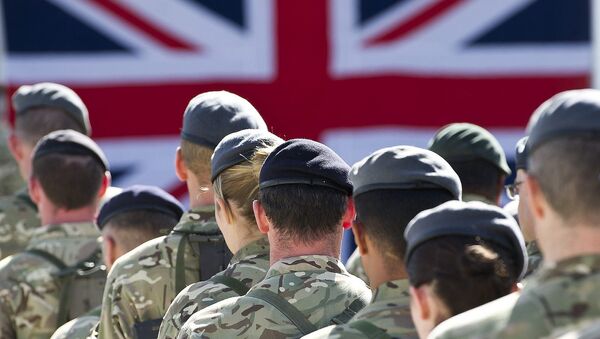 Britain plans to join Germany and the US in the long-term deployment of its troops in the Baltic states to allegedly contain a threat they claimed emanates from Russia.

Britain to Order Four New Trident Submarines - Cameron
London is due to deploy its troops in the Baltic region on a long-term basis, mirroring US and German plans; the goal is to strengthen NATO's eastern borders and "deter Russian aggression," according to British newspaper The Financial Times.

The newspaper reported that British Defense Secretary Michael Fallon will announce the decision at a meeting of NATO defense ministers in Brussels later on Thursday.

The length of the UK troop deployment has yet to be defined, but it will be implemented on a rotational basis.

This is something that the Financial Times said will "allow the US, Britain and Germany to avoid accusations that they are breaching agreements struck with Moscow after the end of the cold war over permanent troop placements in former Eastern bloc nations."

An unnamed official told the newspaper that a single company or about 100 troops will be deployed in the Baltic region in the near future.

The size of such a limited contingent may be attributed to the fact that the previous UK Parliament called for reducing the number of British troops stationed abroad.

Another source familiar with the text of Fallon's speech said that the Defense Minister will also touch upon the issue of scaling up Britain's current training mission for the Ukrainian armed forces.

Britain's Cameron Ready to Use Nuclear Weapons... in Some Circumstances
Right now, about 75 British military trainers are stationed in western Ukraine, where they work with a total of 1,600 Ukrainian troops, according to the Financial Times.

The UK's deployment will reportedly be part of the Transatlantic Capability Enhancement and Training Initiative, which was agreed upon by the US and Germany in June 2015.

The purpose is to expand training as well as command-and-control drills between the US, Germany and their Eastern European allies.