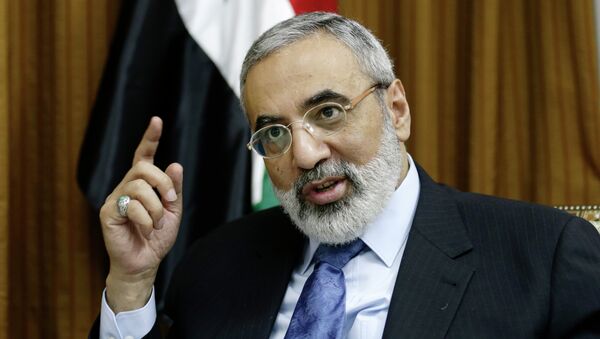 DAMASCUS (Sputnik) – Syria would allow Russian military bases on its territory, but Moscow has not as yet requested permission, Syrian Information Minister Omran Zoubi told Sputnik on Thursday.

"There were no requests for expanding military bases in Syria from Moscow. However the door on this issue is open between Damascus and Moscow," Zoubi said.

The Syrian minister said the Arab Republic would issue a request for help in ground operations against the Islamic State (IS) jihadist group if the need arises.

NATO Concerned Over Russian Cruise Missile Strikes Against Targets in Syria
Russia’s Sukhoi Su-25, Su-24M and Su-34 attack aircraft, with the support of Su-30 jets, commenced precision airstrikes against IS targets in Syria on September 30, following a request from Syrian President Bashar Assad.

Also on Wednesday, Syria's Ambassador to Russia Riad Haddad told Sputnik that some 40 percent of IS infrastructure in Syria has been destroyed since the beginning of Russian military operations in the country.

Russia’s anti-IS air missions in Syria are coordinated with the Baghdad Information Center founded and maintained by Russia, Iran, Syria and Iraq.