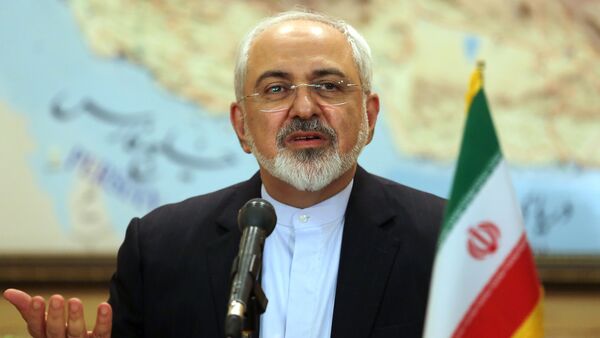 Iranian Foreign Minister Mohammad Javad Zarif said that there are only Iranian military advisers in Syria.

Iranian FM Zarif Doubts US Coalition’s Resolve to Defeat ISIL in Syria
"Wrong. We haven’t changed the nature of our presence in Syria. It continues to be military advisers, and no more. Actually, I checked, and I made sure that this was the case," Zarif said in an interview with the New Yorker magazine, published Tuesday.

Syria has been in a state of civil war since 2011, with forces loyal to the country's President Bashar Assad fighting opposition factions and numerous extremist groups, including Islamic State (ISIL) and the Nusra Front.

Russia, Syria, Iran and Iraq agreed in September to cooperate on security and intelligence sharing and set up the Baghdad Information Center to coordinate efforts in countering ISIL in Iraq and Syria.