Jumping at a Chance? US Makes Fuss of Russia Violating Turkish Airspace 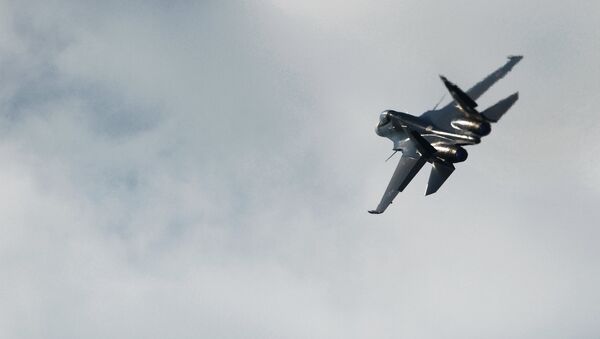 While Moscow and Ankara have already settled the matter of Russia's accidental incursion into Turkish airspace, the US still seems to be in a fuss about it: an anonymous American official has insisted he does not believe it was an accident, reiterating that US is “deeply concerned over Russian movement in Turkey's airspace”.

While Turkey seems to be satisfied with Russia’s explanation of its accidental violation of Turkish airspace on Saturday, the US seems to be unwilling to drop the issue.

"I don't believe that this was an accident," Reuters quoted some anonymous US defense official as saying in Madrid, describing the incident as the "violation of a NATO member's sovereignty".

Moscow, Ankara Settle Turkish Airspace Violation Incident
He reiterated that the “United States is deeply concerned over Russia's violation of Turkish air space”, calling on Russia to behave in a "safe and responsible" way and adding that NATO was expected to convene on the matter.

Meanwhile, Moscow told Ankara that the Russian pilot that violated Turkish airspace was mistaken and that it would not happen again. The warplane had strayed across the Turkish border into Hatay Province, which is located approximately 50 kilometers north of Latakia in coastal Syria, where Russian Aerospace Defense Forces are stationed.

"We contacted Russia through diplomatic channels and were told that Russia respects Turkey’s borders and that incident occurred because of a misunderstanding, but won’t happen again," Turkish Prime Minister Ahmet Davutoglu said in an interview aired by Turkey’s Haberturk television channel, seemingly satisfied with the explanation.