US Starts Building Huge Embassy Complex in Capital of Turkmenistan 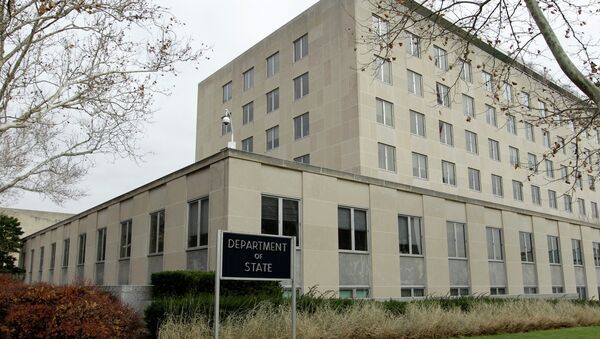 The United States has started to build a giant new embassy in Turkmenistan.

WASHINGTON (Sputnik) — The United States has started to build a giant new embassy in Turkmenistan in the latest bid to expand influence in Central Asia, the US Department of State has announced in a press release.

"US Ambassador to Turkmenistan Allan Mustard and local officials broke ground on the new US Embassy in Ashgabat," the release issued on Monday stated.

The multi-building campus will be situated on a 17.3-acre site and will include an office building, a US Marine Security Guard residence, a support annex, staff housing, and facilities for the Embassy community, the release added.

US Launches Falcon 9 Rocket Carrying Turkmenistan’s First Satellite
Completion of the project is anticipated in July 2018.

The Department of State described the purpose for the new embassy complex as "an important symbol of enduring friendship with Turkmenistan."

A State Department Fact Sheet produced earlier this year describes Turkmenistan as "a closed society with an authoritarian political system and centralized economy."