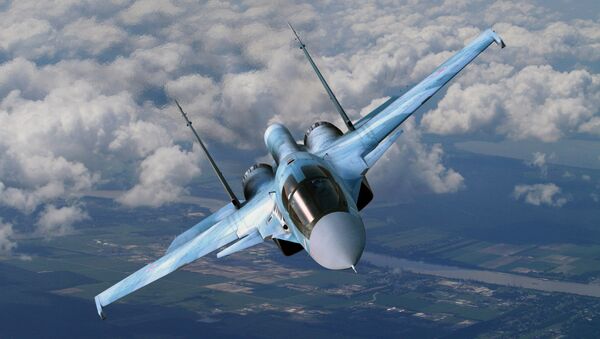 © Flickr / poter.simon
Subscribe
International
India
Africa
ISIL is in serious trouble, as terrorists are being squeezed from all sides by airstrikes, meanwhile their economy is coming apart at the seams. Islamic radicals need to take over new territories to improve their budget, but with Russian planes hovering over the Syrian sky, things aren’t that easy anymore.

Russia Air Force Destroys ISIL Command Center, Underground Depot Near Raqqa
Tough times have come to the self-proclaimed Islamic Caliphate with the start of Russian airstrikes: areas under ISIL control are shrinking day after day under the pressure from Russian missiles that are backing the terrorists into a corner, Svetlana Kholodnova of RIA Novosti said.

Turns out, ordinary ISIL terrorists are getting significantly poorer as a result of pay cuts. Many of them have started to flee the Caliphate despite the risk of getting their heads chopped off if caught by their former comrades-in-arms.

"Hundreds of fighters are running away from ISIL because of low salaries," Kholodnova said, citing those who managed to defect.

Now Hiring: ISIL Searches for Qualified Specialists to Boost Economy
The question is: where did all the money go? Well, first of all, the Iraqi Army pushed ISIL out of the oil wells in Iraq. Second, the United States used its channels to eradicate middlemen who helped ISIL to sell illegal oil on the black market. Furthermore, with the start of airstrikes the terrorist organization stopped receiving "cash convoys" from their sponsors due to a risk of them being destroyed, the RIA Novosti journalist explained.

In addition to all of this, with more people fleeing the Caliphate, there are fewer people for ISIL to tax. Those who still live in terrorist-controlled territories are struggling to pay their taxes and financial penalties imposed by ISIL, as the Caliphate can't provide a working economy for people to live, preferring to spend most of its budget on buying weapons.

To revive its economy, ISIL needs take over naval ports in Tartus and Lattakia, the two richest cities on the Mediterranean coast. But now, it's too little too late. The two port-cities have bases where Russian bombers land. It will be simply unimaginable for ISIL to take over these two cities right now, Kholodnova said.

There isn't much that ISIL terrorists can do at this point. ISIL is being squeezed from all sides and quickly running out of money. The terrorists can either flee or surrender to the mercy of victors. The first choice seems better to them, especially after all the trouble and hardship they have brought to Syria and Iraq over the past few years. The time for payback is nearing.