Donbas Election Timeline to Depend on Decisions by LPR, DPR Authorities 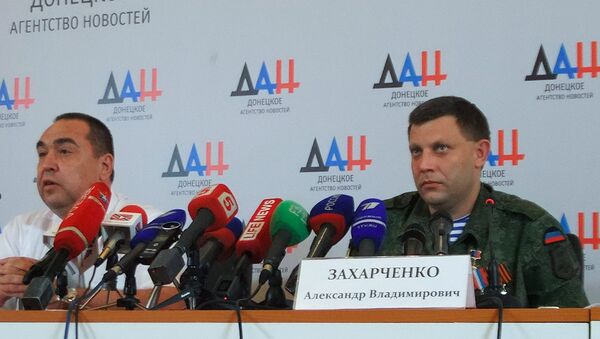 The DPR and the LPR authorities will decide on a timeline for the elections.

Ukraine Wants Elections in East Clarified at Upcoming Peace Talks
MOSCOW (Sputnik) – A timeline for the elections in the self-proclaimed Donetsk and Luhansk people’s republics will depend on the decisions made by the republics’ authorities, Kremlin spokesman Dmitry Peskov said Saturday.

“Both the time frame and the modality will depend on the decision by LPR and DPR representatives,” Peskov said in an interview with Sergey Brilev, host of the Vesti v Subbotu (Saturday News) television show.

On Friday, Peskov said that Russian President Vladimir Putin during the Normandy Four summit pledged to give instructions to hold talks with the Donetsk and Luhansk people's republics regarding elections in Donbas.

When asked who the Russian president addressed with such an order, Peskov said this referred to corresponding Russian representatives that “made these contacts.”