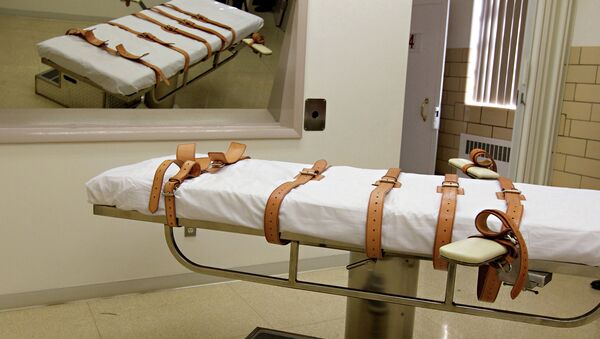 A convicted serial killer of Salvadoran origin, Alfredo Prieto, was put to death in the US state of Virginia, despite an appeal on the grounds of mental disability, local media reported.

First Woman in 70 Years Executed in Georgia Despite Plea From Pope Francis
MOSCOW (Sputnik) — Late on Thursday, Prieto was executed by a three-drug lethal injection, including the sedative pentobarbital that could potentially cause unnecessary suffering, as argued by the convict's lawyers, Virginia’s WTVR-TV broadcaster said.

In 2007, Prieto's defense lawyers appealed to the US Supreme Court, claiming that the convict's intelligence quotient was below the state standard for mental retardation, exempting him from capital punishment. The jury rejected Prieto's intellectual disability claim.

He had been on death row since 1992 for the rape of a minor in 1990 in California, and in 2010, Prieto was convicted of two capital murders and a rape in 1988 in Virginia. He has reportedly been connected to six more murders in the two states.

Texas Halts Execution of Nicaraguan Citizen After Appeal
Capital punishment is currently legal in 31 US states, while the practice has been abolished in the other 19 states.

Capital punishment in general, and especially the practice of convicting persons with mental health issues, has drawn much criticism from both local and international human rights groups.