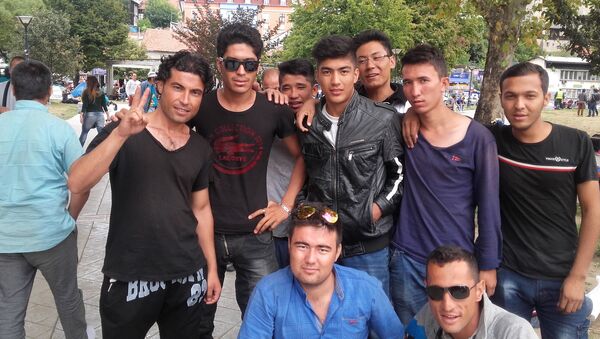 Serbia’s approach to refugees passing through its territory is "more European" than those of some EU states, the country’s prime minister said Thursday.

"I have to say that we acted from time to time in even a more European way than some European countries, and we will stay on that path."

According to Vucic, Serbia, currently not an EU member, is ready to share the migration burden with the European Union and can accept more refugees on its territory.

Number of Syrians in Western Balkans Increases Fourfold in 2015
"We want to share the responsibility, we want to send a very clear message that we belong to that club even under that very difficult circumstances," Vucic said, reiterating Serbia's desire to join the European Union.

Europe is beset by an enormous refugee crisis, with hundreds of thousands of undocumented migrants fleeing to Europe to escape violence and poverty in their home countries. Many refugees use Serbia as a transit route to enter the bloc to travel to prosperous Western EU states where they prefer to apply for asylum.

According to the European Commission, over 500,000 undocumented migrants have arrived in the bloc since the beginning of 2015.