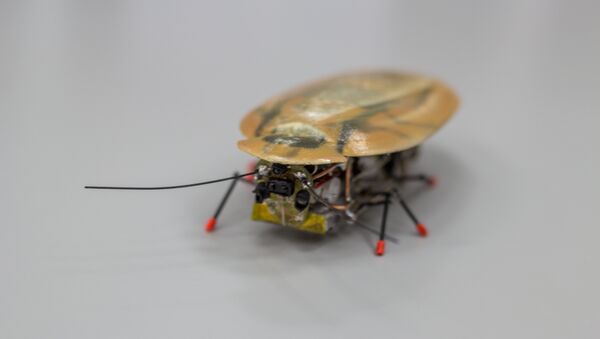 The creation of the robot cockroach took 7 months. A Russian organization which was the customer of this innovation wanted the robot to have three main characteristics. It should be externally similar to a cockroach, it must have the physical size of a cockroach and it should have the behavior pattern as close to a living cockroach as possible. 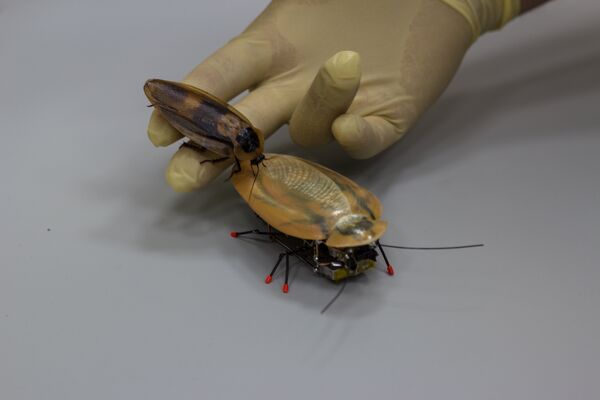 Alexei Belousov, professor at the institute and the chief designer, developer of mechanics and electronics said, “Probably the most difficult thing was to find a balance between these three characteristics. For example, at the University of Berkeley for four years they have been working on their cockroach, but they are not working on cockroach morphisms so their robot is faster than ours, but it does not know how to turn while moving and is really not like a real cockroach. We were asked to make a robot cockroach, meeting the deadlines and managing in given budget.” 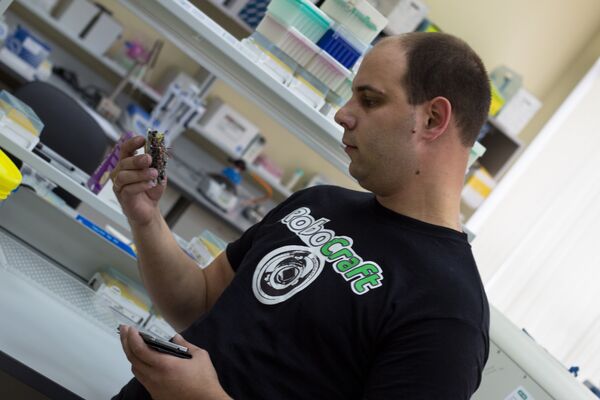 As a result, the basis for the prototype was chosen. It was a South American species of cockroaches called the Blaberus Giganteus. However, it was impossible to find it in Kaliningrad and to acquire it proved problematic, so the research team worked with Blaberus Craniifer: it differs from Giganteus only in size but the rest (appearance, biomechanics) is identical. 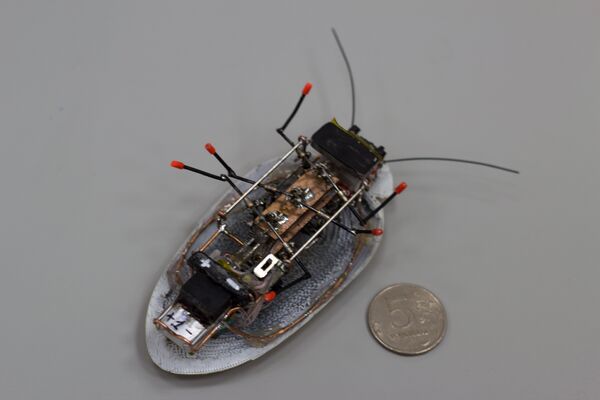 This species of cockroach is often called the “dead-head” because of the distinctive pattern on the back of the larvae.

According to the engineers, for the first two months they just studied the cockroach: its habits, characteristics of movement, etc. After that they began to work on its design and construction.

The robot cockroach has a length of 10 cm and travels at a speed of 30 cm / sec. The robot is equipped with a light-sensitive sensor, system contact and non-contact sensors to detect obstacles and to avoid them. The robot can be managed using a standard application on the phone.

The completion of the project is due in December; by this time the development team hopes to build a navigation system for the robot so that it can move along a predetermined course. This system includes an accelerometer, a gyroscope and a magnetometer — a set which is installed in every smartphone today.

In addition, there is a plan to increase the battery life of the cockroach. Currently, it can move for 20 minutes.

The robot can carry up to a 10 gram payload making it of interest to the military, as a miniature robot with a portable camera can penetrate into hard to reach places.

In a week, the scientists are set to present a sample of the robot cockroach in matte camouflage coloring.