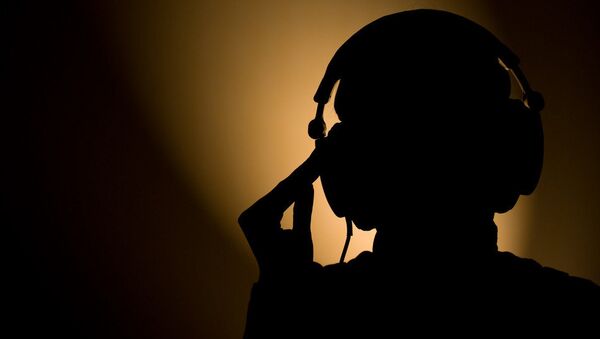 The NSA spying activities against foreign leaders should prompt their targets to take active steps to protect the privacy of all citizens and rein in the "excesses" of the intelligence agencies, Annie Machon, a former intelligence officer for MI5, the UK security service, told Sputnik on Thursday.

MOSCOW (Sputnik), Anastasia Levchenko — There is a high possibility that the NSA will spy on foreign leaders during the ongoing general Assembly in New York, NBC News reported on Wednesday, citing a former intelligence analysts. The outlet also mentioned a top-secret report on extensive surveillance by the NSA against Iran's delegation at the UN General Assembly (UNGA) in 2007.

"I would hope that such espionage conducted against the UN and national leaders would outrage them [the targets] to such an extent that they would attempt to rein in the spies' excesses and protect the privacy of all citizens better. Unfortunately this has so far failed to materialize," Machon, who left the British spy agency in 1997 to blow the whistle on alleged criminality within the intelligence community, said.

In 2007, the Bush administration asked the NSA to spy on then-Iranian leader Mahmoud Ahmadinejad during his trip to the UNGA, according to the document "Tips for a Successful Quick Reaction Capability," cited by NBC.

NSA, Mossad Bugged Iran Nuclear Talks but Tehran ‘Was Ready for it’
"This is nothing new — whistleblowers exposed the fact that Kofi Annan and swing voters in the UN had been bugged in the run-up to the decision to go to war in Iraq in 2003," Machon said.

The former intelligence officer noted that with the growth of the Internet, the NSA's ability together with "its junior partners such as the Fives Eyes group and the German BND" to gain leverage in major negotiations and political events had exceeded all limits.

Iranian delegates are bracing themselves for being constantly monitored by both the US and Israeli spy agencies during their stay in New York for the UNGA this week, an adviser on international affairs to the speaker of the Iranian parliament told Sputnik earlier on Thursday.

Hossein Sheikholeslam explained to Sputnik that the delegation knew it would be listened to, and so was taking "necessary precautions" to deal with this.

The annual general debate at the UN General Assembly will take place on September 28 — October 3.