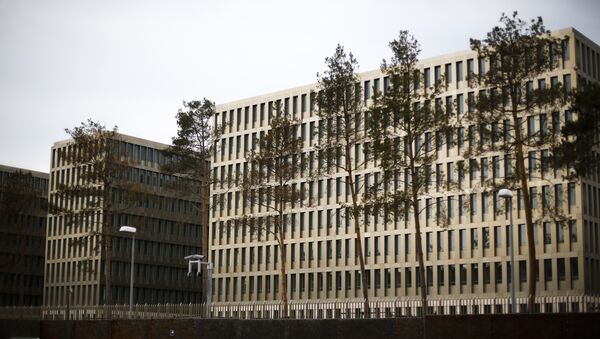 The German Intelligence agency BND deleted the lists of the US National Security Agency's (NSA) surveillance targets in Europe, reportedly by mistake, despite an order not to do so imposed by an investigative parliamentary commission, Die Zeit newspaper reported on Thursday, citing a German intelligence official.

European Watchdog Accuses Facebook of NSA-Style Spying
MOSCOW (Sputnik) — Earlier this year, German media revealed that the NSA had been using BND's Bad Aibling listening post in southern Bavaria to spy on European targets, including political figures and corporations. A German parliamentary commission initiated an investigation into the case and called on the government to reveal the full list of so-called selectors, but it had not yet received them.

According to the BND official, e-mail messages that contained the lists of the NSA targets, "were accidentally erased."

However, when the commission was created, the sides agreed to a moratorium on their removal to prevent evidence from being destroyed, the newspaper said.

In June, the German government decided to appoint a special mediator between the government and the parliament to coordinate the work of the security services. The commissioner was granted access to classified information, and it agreed that he would be allowed to subsequently present a redacted version of it to parliament. This decision was heavily criticized by the German opposition.

In August, a leak revealed that the German government had for months been concealing the fact that it had obtained permission from Washington back in May to reveal the lists of NSA surveillance targets in Europe out of fear that they would be immediately made public.