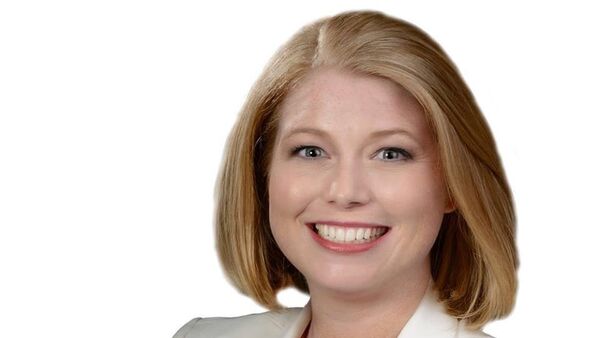 © Facebok/Alex Johnstone
Subscribe
A Canadian education official running for a parliamentary seat has recently come under fire for making a penis joke about the infamous World War II Auschwitz concentration camp. Her defense? She didn’t know what Auschwitz was.

Are Canada’s Elections at Risk of Becoming as Corrupt as America’s?
Around 1.1 million people were killed in the concentration camp in Poland between 1940 and 1945, making Auschwitz the epitome of Nazi horror during the Second World War.

But for Alex Johnstone, who is running for a parliamentary seat in Ontario, images of the barbed wire fence surrounding the camp inspired a phallic joke.

In 2008, Johnstone posted the inappropriate comment on a friend’s Facebook picture of the concentration camp’s barbed wire gate:

"Ahh, the infamous Pollish [sic], phallic hydro posts…of course you took pictures of this!" She wrote. "It expresses the how the curve [sic] is normal, natural and healthy right!"

The joke recently came to light, just days before the Jewish Yom Kippur holiday, prompting widespread anger and disbelief at the Canadian National Democratic Party candidate’s inappropriate sense of humor. On Tuesday, Johnstone reacted by deleting the post, and writing an apology on her Facebook page, saying:

"Attention was recently drawn to a comment I posted on social media seven years ago. While never intending any malice, this comment was clearly inappropriate. I would like to offer my unreserved apology for this comment."

While the apology may not make up for the insensitive remark, Johnstone at least took full responsibility for it. It may have even been enough to afford her some leniency, but the candidate somehow managed to dig herself an even bigger hole.

In a Tuesday night interview, Johnstone chose to play the ignorance card:

"Well, I didn’t know what Auschwitz was, or I didn’t up until today," she told the Hamilton Spectator. "I think the constituents, the community is more interested in the values and principles that I have been standing for, particularly in this election, and I think the fact that I’ve run a clean campaign really demonstrates."

Given that Johnstone has a background in public education, and serves as a vice-chairwoman of the Hamilton-Wentworth District School Board, claiming ignorance is more likely to make constituents question her commitment to said "values and principles."

What’s more, Johnstone studied race, class, and gender dynamics for her master of social work degree at McMaster University. Before that, she studied social justice and peace studies at Western University’s King’s College. So it’s not surprising that many are as confused as they are outraged by the education official’s apology.

There are really only two possible explanations: either Johnstone skipped a few history classes and really didn’t know what Auschwitz was, or the education official mistakenly believed that claiming ignorance might be her best defense.

Either way, both the joke and the apology raise some serious questions about her candidacy.