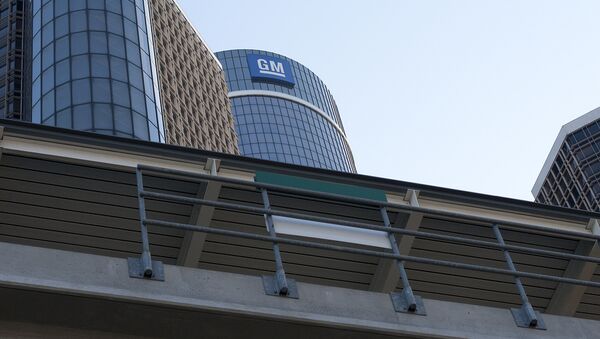 © Flickr / mrkumm
Subscribe
The settlement reached between the US corporation General Motors (GM) and the Department of Justice over faulty ignition switches is a failure because GM has avoided facing criminal charges, US Senator Richard Blumenthal said in a statement.

NEW YORK (Sputnik) — GM has settled faulty ignition switch charges that were linked to 124 deaths and hundreds of injuries, and will pay $575 million to the victims.

"This outcome fails to require adequate and explicit admission of criminal culpability from GM and individual criminal actions," Blumenthal stated on Thursday. "This outcome is extremely disappointing."

General Motors 'Failed to Disclose' Cars’ Safety Issue to Consumers
"The company has reached a memorandum of understanding potentially covering approximately 1,380 individual death and personal injury claimants," GM said in a press release. "The company will record a charge of $575 million in the third quarter."

According to US media reports, GM will pay a total of $900 million to end a US government investigation into ignition switch-related incidents and attempts to hide the problem that prevented airbags from deploying.

GM, headquartered in Detroit, Michigan, produces vehicles in 37 countries and manages such brands as Buick, Cadillac, GMC and Chevrolet.