Kremlin Slams Kiev for Including Journalists in Sanction List 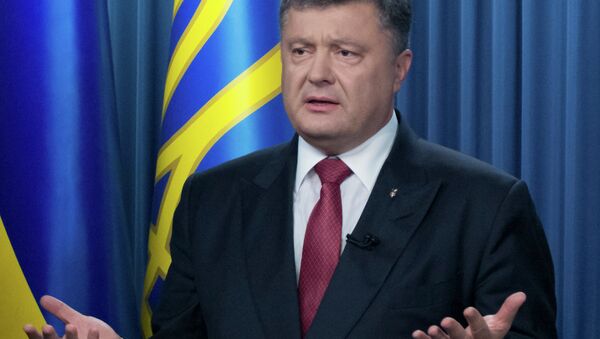 Kiev is breaching freedom of speech by including media individuals in its sanction list.

“The fact that there are many individuals from the media in that list is, of course, absolutely unacceptable and completely against any principles in the freedom of speech, and in this case we strongly condemn this decision, especially in regard to including individuals in the media,” Peskov told journalists.

On Wednesday, Ukrainian President Petro Poroshenko signed a decree sanctioning 90 entities and barring almost 400 people, including several high-ranking individuals and journalists, from entering Ukraine for one year. The Ukrainian president said the sanctions would contribute to his country’s defense amid the conflict in the southeast.

More than 40 journalists and bloggers from countries including the United Kingdom, Germany, Spain, Switzerland, Poland, Israel, Latvia and Russia, were targeted by the restrictions.

Later that day, the Committee to Protect Journalists (CPJ) slammed the decree, saying it blocked vital news and information about the crisis in the country.

OSCE Representative Concerned by Russian Media Losing Accreditation in Kiev
Amid violence in Ukraine’s southeast, the freedom of media, particularly Russian media, has been repeatedly violated in the country. According to the Organization for Security and Co-operation in Europe (OSCE), a number of international journalists working in Ukraine have been kidnapped, tortured and killed since the start of the conflict.

This is not the first restriction of Russian media in Ukraine. In February, Kiev stripped 115 Russian news outlets of accreditation in governmental institutions.