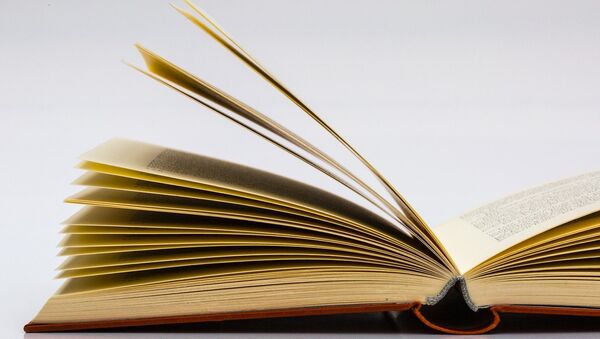 © Photo : Pixabay
Subscribe
Germany’s decision to introduce border controls has exposed deep flaws within the European Union as it joined other countries in tearing up agreements made under fundamental principles of the EU.

Germany closed its border with Austria Sunday night and suspended train services as it struggled to deal with the influx of migrants and refugees. Although train services resumed Monday, border controls were still in place.

Bavarian Interior Minister Joachim Herrmann told radio Bayern 2 that the temporary border controls will likely be in place for weeks. He said:

"We need to have a stricter control here in general, because we have established in the past few days that there are many en route here that are not really refugees."

Meanwhile German Vice Chancellor Sigmar Gabriel has said Germany may take in one million refugees this year, instead of the 800,000 predicted so far.

Austria also announced it would begin introducing border controls to deal with the 500 refugees an hour arriving from Hungary. Slovakia Monday also introduced controls along its borders with Austria and Hungary. 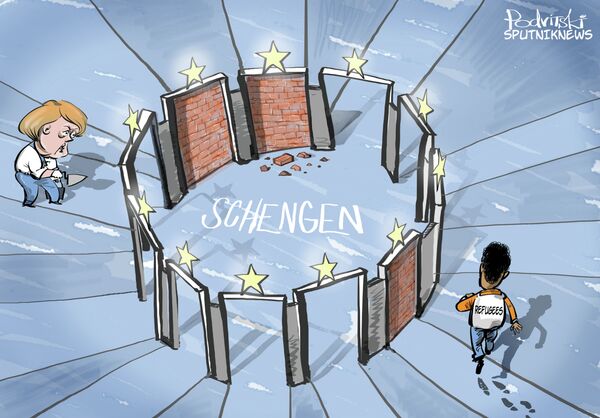 Another Brick In The Wall
© Sputnik

Hungary, in turn, is completing the construction of a 4 meter-high fence along 110-mile border with Serbia to stop migrants on Balkan land route, making an already perilous journey even harder. 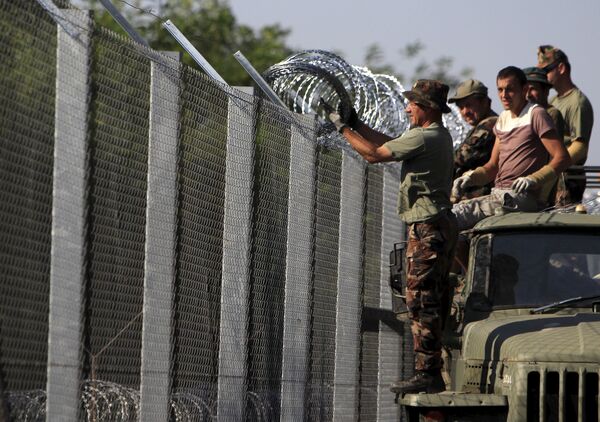 Hungarian soldiers adjust the razor wire on a fence near the town of Asotthalom, Hungary, August 30, 2015
© REUTERS / Bernadett Szabo

Denmark too closed its border with Germany last night as it struggled to deal with thousands of people trying to reach Sweden, which has taken a similarly benevolent view to Germany.

EU interior ministers are meeting Monday to thrash out a deal under which 160,000 refugees and migrants are shared out under a quote system. However, there is deep division between countries on how that system can work. Hungary, the Czech Republic, Slovakia and Romania are all resisting the implementation of the relocation program.

The political impasse has brought to a head one of the fundamental principles of the European Union — the freedom of movement of people. Under the Schengen Agreement, 26 nations (excluding the UK and Ireland) agreed to operate an open borders scheme, whereby there were no border controls.

This principle has been thrown into sharp focus as hundreds of thousands of people flow into the EU Schengen area, escaping wars in Afghanistan, Syria and Iraq, as well as migrants from the Balkans and Africa.

Although, under the Dublin Agreement, migrants and refugees arriving at the outer borders of the Schengen zone should be processed in the country of arrival, the massive influx has meant that many are traveling on towards their preferred destination. Under the Dublin rules, member nations can return refugees to the point of arrival, but Germany has waived this rule too.

"As President Juncker said in his State of the Union speech — the free movement of people under Schengen is a unique symbol of European integration. However, the other side of the coin is a better joint management of our external borders and more solidarity in coping with the refugee crisis. This is why Monday's extraordinary Council of Interior Ministers is so important. We need swift progress on the Commission's proposals now."

Monday’s emergency meeting of EU ministers is unlikely to result in agreement over refugee quotas, in the same way it failed a similar deal last June. This further deepens cracks within the EU in a crisis that is unlikely to go away any time soon.