German Media Accused of Hatred Toward Supporters of Cooperation With Russia 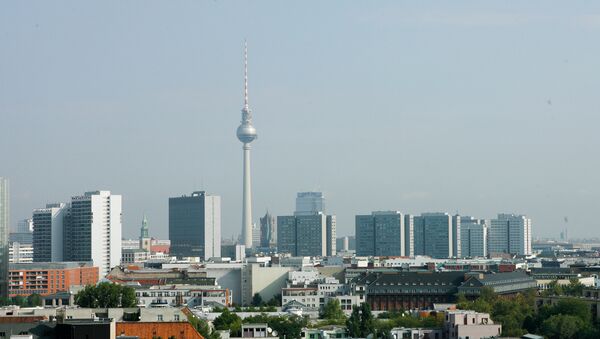 © AP Photo / Markus Schreiber
Subscribe
The majority of Germans reject the anti-Russian policy many of their country’s politicians and media outlets embarked on after the start of the Ukrainian crisis, a German woman wrote in an open letter to the Russian embassy in Berlin.

Singing to Washington's Tune: Germany Blames Russia for Chaos in Syria
Many people across Germany have been protesting against the national media’s pro-American and openly anti-Russian coverage of the crisis in Ukraine and their attempts to make the proponents of peaceful cooperation with Russia look as “Kremlin trolls” on Moscow’s payroll, Anya Betcher wrote.

However, despite all these attempts to stoke up public hatred and aggression towards Russia, many Germans are now losing faith in their media and politicians.

Fully aware of the tragic results of the two world wars Germany went through, they reject the government’s present course of confrontation with Russia and Washington’s militaristic policy which they fear could lead to a war with Russia.

All this meaning that “morally and intellectually the Germans are much healthier than their political and public representatives,” Anya Betcher wrote.

“However, the harder our politicians try to badmouth Russia the more determined the German society feels to resist this,” she noted, adding that the government should stick to a policy of peaceful coexistence, based on mutual respect by all European countries, Russia included, and resist the political forces hell-bent on a confrontation with Russia.

“This primarily applies to the US political elite who believe that to maintain their global dominion they have every right to wage war everywhere in the world,” Anya Betcher wrote in an open letter to the Russian embassy in Berlin.