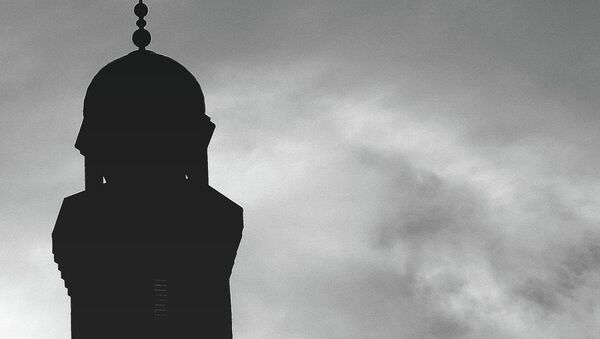 © Flickr / Mary Churchill
Subscribe
A spokeswomen for the Islamic Religious Authority of Austria claims that the number of Muslims who convert to Christianity after arriving in Europe is still insignificant.

MOSCOW (Sputnik), Anastasia Levchenko — The number of Muslims who convert to Christianity after arriving in Europe is still insignificant, a spokeswomen for the Islamic Religious Authority of Austria told Sputnik on Thursday.

With thousands of migrants from Africa and the Middle East arriving in the European Union as part of the ongoing refugee crisis, media reports have emerged, suggesting that hundreds of Muslim refugees, particularly in Germany, are converting to Christianity. They reportedly believe that by doing so, they would be granted official refugee status faster and more easily.

"Numbers of conversion are very low," Amina Baghajati, a spokeswoman for the Authority, said. She explained that in Austria data shows that on average only about 50 people convert each year, most of whom are women who had formerly been married to Muslims but were originally Christian.

"So I really doubt that conversion is a big issue among refugees. At the moment most of them are of Syrian origin," Baghajati said.

Media reports cited the example of the evangelical Trinity Church in Berlin, which has seen a three-fold increase in conversions over the last two years.

France Reluctant to Host More Migrants in Fear of Islamization – Lawmaker
In some of the countries the Muslim refugees come from, conversion to Christianity is punishable by death or imprisonment.

Baghajati also noted that in the current humanitarian crisis, religious organizations are playing an important role in helping refugees, irrespective of their creed.

Thus, German Caritas, which operates under the auspices of the Roman Catholic Church, or Diakonie, a charitable organization affiliated to Protestant Evangelical Church, "take care to offer help no matter to which religious group asylum seekers belong. They would not make use of the situation and try to win converts," Baghajati said.

According to the EU external border protection agency, Frontex, the number of refugees detected at EU borders between January and July 2015 stands at 340,000, three times higher than during the same period in the previous year. Recent United Nations estimates project that 850,000 migrants from the Middle East will seek refuge in Europe in the next two years.