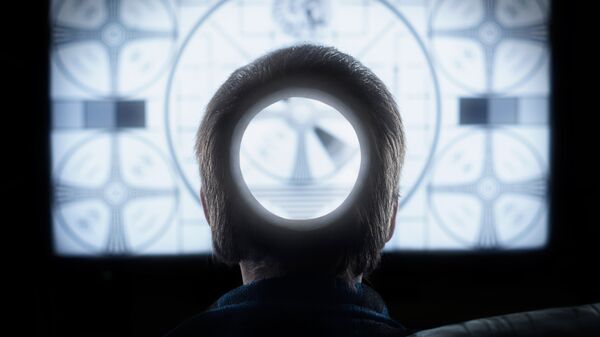 The United States and its NATO allies treat information as a weapon designed to shape people's perceptions across the globe and are ready to use any tool in their arsenals to silence those, who are critical of Washington and its friends, veteran war correspondent Don North warned.

Within this framework, reporters, who prefer to share information based on facts and not on bullet points prepared by the US State Department, are an enemy that has to be dealt with. They could be viewed as "spies" or "unprivileged belligerents" under the Pentagon's revised "Law of War" manual.

The highly controversial document essentially equates some journalists to al-Qaeda terrorists and maintains that they "could be subject to indefinite incarceration, military tribunals and extrajudicial execution," the journalist explained.

Will Pentagon claim that journalists can be legitimate targets lead to retaliatory attacks on US journalists?

This trend of treating journalists as adversaries first manifested itself during the Vietnam War and has been a visible component of all America's military campaigns ever since. It has been significantly reinforced during the Obama administration.

In the last seven years, "the concept of 'strategic communication' – managing the perceptions of the world's public – has grown more and more expansive and the crackdown on the flow of information unprecedented. More than any of his predecessors, President Barack Obama has authorized harsh legal action against government 'leakers' who have exposed inconvenient truths about US foreign policy and intelligence practices," North noted.

Not surprisingly, Washington's response to foreign media outlets it dislikes involves a combination of propaganda and brutal force. Take Radio Television of Serbia during the Kosovo war or Al-Jazeera during the US invasions of Afghanistan and Iraq for instance. Both broadcasters were branded as disseminating false information and bombed: RTS headquarters were reduced to rubble in 1999 and al-Jazeera's offices in Kabul (2001) and in Baghdad (2003) were hit by US missiles.

US Assassination of Journalists, Massacre of Civilians, Nuclear War? All good per Obama's Pentagon Law of War Manual https://t.co/xcpVjZlcVq

Given recent tensions between the United States and Russia, Washington's latest media enemy of choice is obviously based in Moscow.

"Since RT doesn't use the State Department's preferred language regarding the Ukraine crisis and doesn't show the requisite respect for the US-backed regime in Kiev, the network is denounced for its 'propaganda,' but this finger-pointing is really just part of the playbook for 'information warfare,' raising doubts about the information coming from your adversary while creating a more favorable environment for your own propaganda," North explained.

The concept of controlling and manipulating information to achieve desired outcome transcends US borders.

#US Pentagon invents new term in their 'Law of War'; “unprivileged belligerents” now provides the justification to kill civilian Journalists

On Pentagon’s new Law of War manual: “contrary to some basic principles of journalism ethics.” https://t.co/5573PBBIaq

"This growing fascination with 'strategic communication' has given rise to NATO's new temple to information technology, called 'The NATO Strategic Communications Center of Excellence' or STRATCOM, located in Latvia, a former Soviet republic that is now on the front lines of the tensions with Russia," North observed.