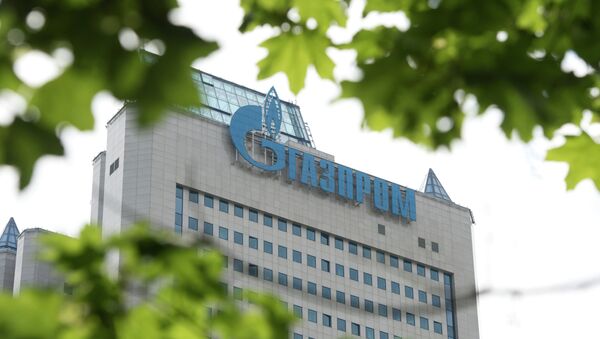 TIKHVIN (Sputnik) — Shell is Gazprom's strategic partner and the joint Sakhalin-2 project is the most effective LNG plant in the world, Miller added.

He expressed hope that Shell would be Gazprom's partner in the Baltic LNG project as well.

"Talks were held on the sidelines of the Eastern Economic Forum with Shell CEO Ben van Beurden, we agreed to begin commercial negotiations on Baltic LNG project," Miller told reporters.

Gazprom, Shell Agree on Construction of LNG Plant in Sakhalin
Baltic LNG project is a proposed LNG plant construction in Russia's Leningrad Region oriented at the European and Latin American markets. The plant's capacity will be 10 million tons of LNG per year with the possibility of expansion up to 15 million tons.

According to Gazprom website, the plant is expected to begin production in late 2018.

"As for upcoming development prospects, I'd like to note that we'll continue to establish the gas-transport infrastructure for the LNG plant and other gas-related production facilities in the Leningrad Region… You could say we are establishing a petrochemical zone in this region," Mr. Miller said.

He also noted that a gas transport infrastructure for the Nord Stream 2 project would soon be established in the Leningrad Region. The gas pipeline will be laid in the region, and it will reach the southern shore of the Gulf of Finland.

In turn, Acting Leningrad Region Governor Alexander Drozdenko noted that the region and Gazprom were implementing a more ambitious cooperation program. "It's related to the LNG plant and Nord Stream. We're grateful to Gazprom for having been selected as the location for these two major projects. This, of course, will spur economic growth in the entire Leningrad Region," he said.