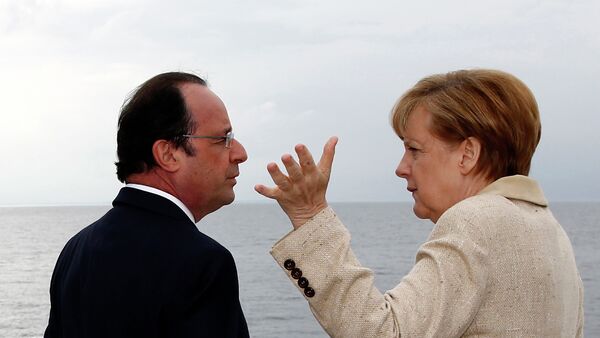 France has been bullied and intimidated by Germany into pursuing a series of austerity-driven economic policies that aren't working, Nobel prize-winning economist Joseph Stiglitz has said.

Stiglitz, an outspoken critic of austerity policies, said that he believed Berlin was pressuring Paris to conform to its economic agenda, to such an extent that is resembled "a kind of intimidation".

"The center-left government in France has not been able to stand up against Germany," Stiglitz told AFP, referring to President Francois Hollande's budget policy, Eurozone policy and France's reaction to the Greek debt crisis.

The former World Bank economist also backed the claims of former Greek Finance Minister Yanis Varoufakis, who said Germany's decision to take a particularly hard line against Greece during the debt crisis was aimed at intimidating France and ensuring the country remained committed to austerity policies.

Austerity 'Increases Inequality, Does Not Work'

On top of criticizing Berlin, Stiglitz also took aim at decision makers in Brussels, saying that the EU's approach to the bloc's economic troubles was inadequate.

"Cutting taxes and expenditures contracts the economy, just the opposite to what you need. I do not understand why Europe is now trying that after all the evidence, all the theory says it does not work."

Stiglitz said that current western governments, led by those such as former UK Prime Minister Tony Blair, had contributed to making "ordinary workers suffer" through their support of the banking system, as well as advocacy for deregulation and various trade agreements.

He also noted the shift in approach in France, which he says was one of the countries that most embraced equality before the global financial crisis of 2007-2008, saying that austerity was not helpful in creating a more balanced society.

"The policies of austerity are at the heart of the increase in inequality."

More Strains on the Franco-German Alliance

While the strong alliance held between France and Germany, and in particular the countries' two leaders Francois Hollande and Angela Merkel, has been seen as instrumental in driving the EU forward in recent times, there are concerns of a widening rift between Paris and Berlin. 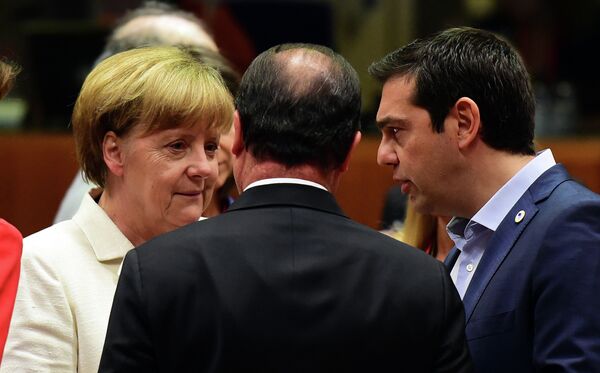 (From L) German Chancellor Angela Merkel, French President Francois Hollande, and Greek Prime Minister Alexis Tsipras confer prior to the start of a summit of Eurozone heads of state in Brussels on July 12, 2015.
© AFP 2022 / John MacDougall

Cracks in the approach between the two countries were noted during Greek debt negotiations, with France seemingly standing at odds with Germany's hard line on Athens.

Hollande rebuffed calls from German Finance Minister Wolfgang Schaeuble, who argued that it would have made more sense for Greece to leave the Eurozone temporarily, rather than deliver the country with another bailout.

Many believe the relationship will be further tested amid the UK's attempts to try and renegotiate its membership agreement with the bloc, with commentators interested to see how Paris and Berlin will react to London's demands.