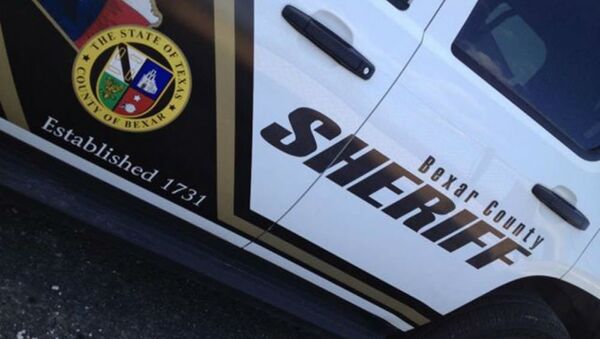 © Facebook/Bexar County Sheriff's Office
Subscribe
A Texas sheriff's department is lashing out at the local news station that showed a video in which two of the department’s deputies fatally shoot a man who had his hands up.

Cell phone video aired by KSAT shows Gilbert Flores standing outside of his San Antonio home Friday during a domestic violence call. In the video, Flores, 41, raises his hands over his head then suddenly collapses to the ground after he is apparently shot by deputies.

Flores was flown to a hospital, where he died, according to a statement released by the Bexar County Sheriff's Office.

The deputies who shot Flores, Greg Vasquez and Robert Sanchez, are on paid administrative leave pending the outcome of an investigation by the sheriff’s department’s and district attorney. The FBI is monitoring that investigation.

The sheriff's office expressed their outrage that KSAT decided to air the video, which the department claims the station purchased for $100 from the man who captured the fatal encounter.

The department also took its official Facebook page to call out KSAT, saying the decision to show the video was "unethical and sad," and that deputies had been threatened as a result.

"These deputies have not been charged with a crime and a family lost their loved one. This is unethical and sad. Call KSAT and let them know what you think … If you agree, let the local media know this sort of sensational behavior doesn't fly in Bexar County," read part of the post, which also contained the station phone number.

KSAT posted the full video of the fatal encounter to its website after broadcasting on the air an edited version that does not show the shooting. 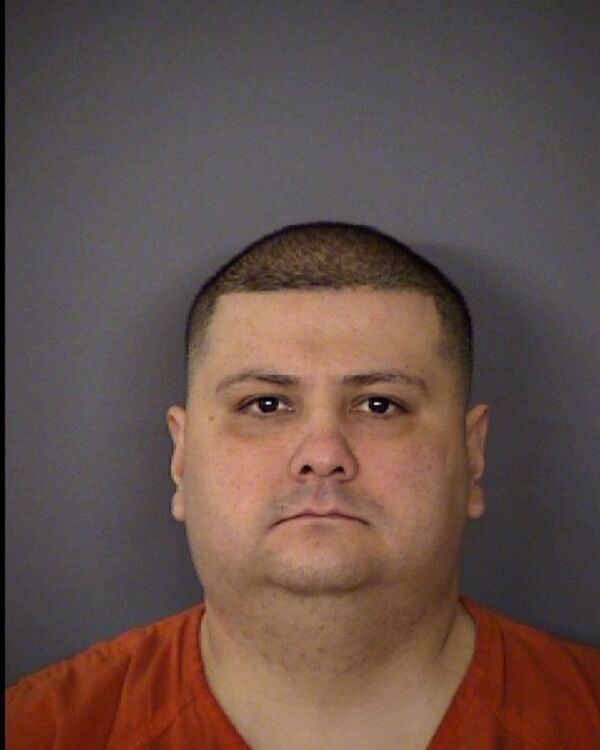 "Providing the video on KSAT.com allows for viewers to make their own decision on whether to click on a link to see the video," the station said. "Other than editing for language, the video is the entirety of what we received from Michael Thomas."

Some Facebook users questioned the department's criticism of KSATV, especially in light of the sheriff's promise of transparency and thoroughness in the internal investigation.

"I make no determination of guilt, but why would the Chief Public Information Officer lash out at the media for providing unbiased video?" one commenter wrote.

Said another: "I support the police. But for a law enforcement organization to seek to suppress the public's access to evidence of police actions is unprofessional, and undermines the public confidence that police need, and need to foster. The issue isn’t the press showing the killing – the issue is the killing of the person, as shown in the video."

When deputies arrived at Flores’ home, they found a woman and baby, both of whom appeared to be injured, Bexar County Sheriff Susan Pamerleau said at a press conference.

"Certainly what's in the video is a cause for concern. But it's important to let the investigation go through its course so we can ensure a thorough and complete review of all that occurred," Pamerleau said.

The sheriff's department said Flores had a knife and was resisting arrest when deputies approached him. Neither of the deputies were wearing a body camera at the time of the shooting.

000000
Popular comments
It's no wonder the deputy was ambushed in Houston.
karlof1
2 September 2015, 01:30 GMT
000000
Don't insult the rednecks, they have more common sense. Anways... all law enforcement agents should be wearing bodycams. It would reinforce what they say, or show that they are trigger happy incompetants. Either way, wearing them just might make them more responsible in their line of work. And that poor deputy was just as foolish, you call for back up rather than trying to take on three suspects by your self in the woods.