Moscow Ready to Hand Over Ukrainian Freed in Afghanistan to Kiev 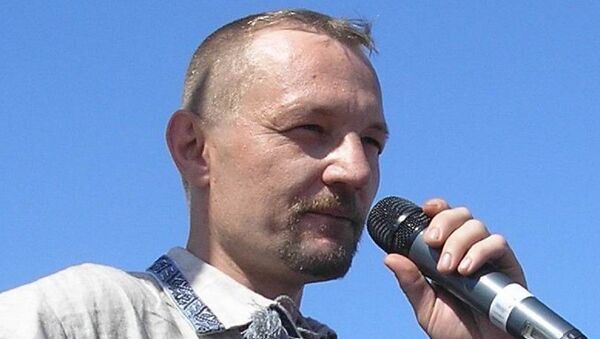 Ukrainian citizen, Dmytro Bilyi, was realeased in the result of a joint effort of Russia and Afghanistan.

MOSCOW (Sputnik) — Moscow is ready to hand a liberated Ukrainian national, Dmytro Bilyi, who had been kidnapped by Afghan insurgents, over to Ukrainian diplomats after Russia had assisted in his release, the Russian Foreign Ministry said Saturday.

"We are glad that our efforts helped save the life of the Ukrainian citizen and restore his freedom," the ministry spokeswoman Maria Zakharova said in a statement.

She added that Russia was "ready to hand Bilyi over to the Ukrainian Foreign Ministry’s representatives in Afghanistan at their convenience."

'Insider Attack' Leaves Two NATO Soldiers Dead in Afghanistan
According to the ministry, the Ukrainian was abducted in Afghanistan a long time ago and his release is the result of a joint effort of Russia and Afghanistan.

"But Dmytro Bilyi’s wife indeed informed us that her husband had vanished while on the Afghan territory, and we took every step in cooperation with relevant Ukrainian authorities and the Afghan side to look for him," Betsa told RIA Novosti.

Afghanistan is in a state of political and social turmoil, with the Taliban increasing its insurgency across the country and Islamic State taking advantage of the instability to gain a foothold in the country.