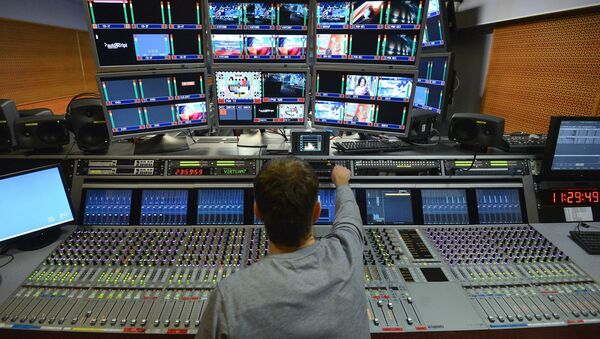 © Sputnik / Ramil Sitdikov
/
Go to the mediabank
Subscribe
International
India
Africa
The European Commission has created a "rapid response" team of officials to monitor Russian media and give policy recommendations starting on September 1.

The European Commission has prepared to develop a "rapid response" team to combat what it calls "Russian propaganda," Radio Polska reported on Friday.

Up to 10 Russian-speaking officials from EU countries will form the group, which would monitor the Russian media and give policy recommendations based on the media they monitor. While the group does not currently have a budget, it intends to counter what Politico.eu called "the destabilizing influence of Russian-language news reports."

British Journalist Disappointed by BBC Coverage of Crimea
It is also unclear what impact the policy recommendations are meant to have, although suggestions have included paying greater attention to "violations of rules on broadcasting,"  which according to Politico, meant ideas for blocking Russian content in the EU. Other ideas have included creating a Russian-language channel for both news and entertainment content.

British media revealed earlier in August that the European Commission has spent over $769 million per year on self-promotion, which one British parliamentarian called "EU propaganda on the taxpayer." EU-created propaganda included cartoons aimed at promoting the European Union among children.