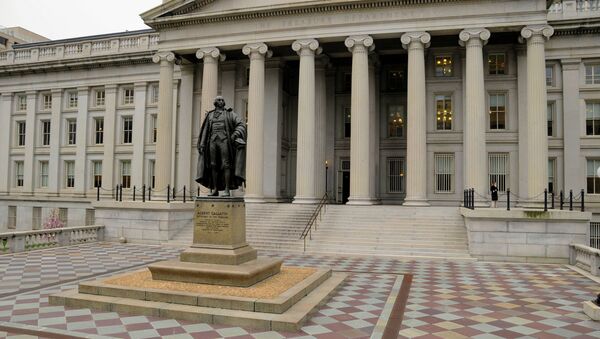 The Acting US Under Secretary for Terrorism and Financial Intelligence will travel to Israel to discuss the Iran nuclear agreement with Israeli officials.

WASHINGTON (Sputnik) — The Acting US Under Secretary for Terrorism and Financial Intelligence Adam Szubin will travel to Israel on August 28-31 to discuss the Iran nuclear agreement with Israeli officials, the US Treasury said in a statement on Thursday.

“He [Szubin] will discuss details of the Joint Comprehensive Plan of Action reached between the P5+1 and Iran last month,’ the press release said.

Szubin will meet with senior Israeli officials and think-tanks to underscore the US commitment to combating Iran’s “destabilizing activity” in the region, according to the Treasury.

Israel Could Have Carried Three Bombing Attacks on Iran
On July 14, Iran and the P5+1 group of countries — China, France, Russia, the United Kingdom, the United States and Germany – announced a final comprehensive agreement on Tehran's nuclear program in exchange for sanctions' relief.

The White House has stated that the deal cuts all pathways for Iran to obtain a nuclear weapon.

However, the agreement has been attacked by Israeli politicians and the Israel lobby in the United States, which have argued the deal will not stop Tehran from acquiring nuclear weapons and sanctions relief will support Iranian sponsorship of terrorist organization.