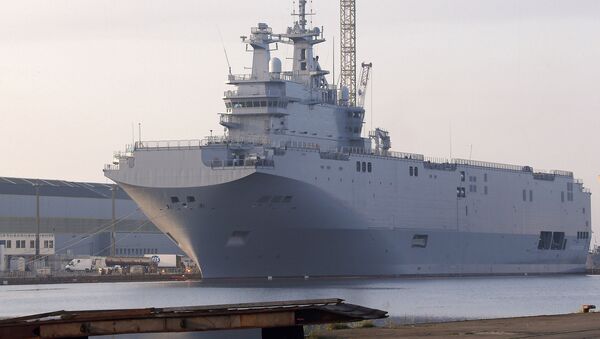 According to a high-ranking source, France has returned Russia all the money for the Mistrals.

On Wednesday, French government spokesman Stephan Le Foll said the amount of compensation paid to Russia for terminating the contract on the delivery of two Mistral-class helicopter carriers by France would not exceed 1 billion euro.

Russia has yet to allow France to re-export two Mistral-class helicopter carriers to third countries, according to the source.

"Despite the fact that France has transferred all the funds for failing to deliver the Mistrals, around 900 million euro, France has not yet been given permission by Russia to re-export these ships," the source said.

In November 2014, France put the delivery on hold as a punitive measure in response to allegations that Russia was interfering in the Ukrainian crisis. Moscow has consistently denied the accusations.

On August 5, Paris and Moscow terminated the contract for delivery of the Mistrals. France promised to reimburse Russia the entire sum it paid for the ships, while French Defense Minister Jean-Yves Le Drian later said that the refund would amount to less than the original price.