US Natural Gas Production to Slow Across Major Shale Regions 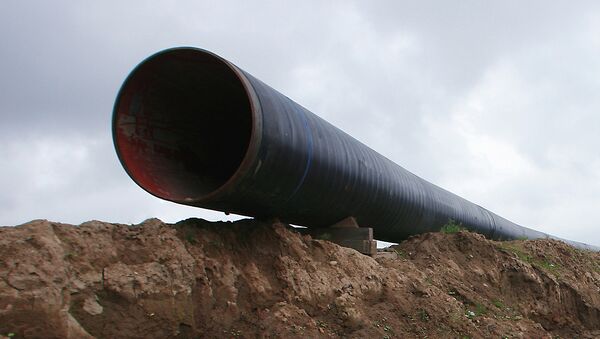 © Sputnik / Alexey Nikolskiy
Subscribe
The US Energy Information Agency announced that US natural gas production is expected to decline in September across the most significant shale regions.

WASHINGTON (Sputnik) — US natural gas production is expected to decline in September across the most significant shale regions, the US Energy Information Agency (EIA) said in a statement.

"Natural gas production across all major shale regions…is projected to decrease for the first time in September," the EIA reported on Wednesday.

The EIA projections do not factor in external economic influences, like the recent week’s sharp decline in energy prices, and growing global supply which could also put downward pressure on production.

Oil Prices Below $30 to Trigger Bankruptcies of US Shale Companies
The seven major US shale regions are expected to reduce production for the first time in 2015, declining from a high of 45.6 billion cubic feet per day down to 44.9 billion cubic feet in September. The EIA projections are primarily based on well counts and productivity.

For instance, oil and natural gas production and new drilling permits in Colorado’s Niobrara shale formation is expected to slow down as a direct consequence of the decline in global commodity prices, according to an August study by the University of Colorado.

Over recent months, global oil prices have fallen to approximately $40 per barrel, along with steep declines in natural gas prices. Global energy supplies have been rising, led by the US boom in shale gas production, while the demand from major energy consuming markets, like China, has slowed.