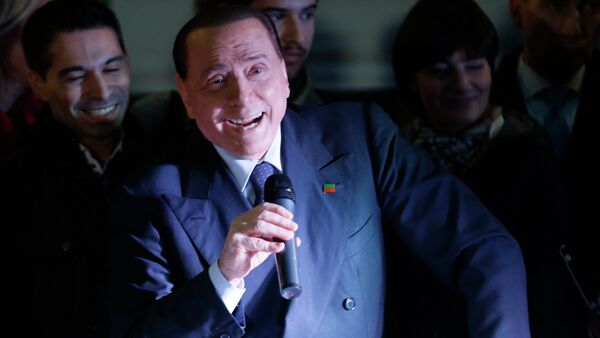 Italian citizens question the credibility of the country’s media outlets due to the domination of a very small number of companies in the sector, the national coordinator with the UK-based Campaign for Press and Broadcasting Freedom told Sputnik on Tuesday.

MOSCOW (Sputnik), Alexander Mosesov – Earlier in the day, a new poll conducted by ICM Research exclusively for Sputnik revealed that some 75 percent of Italians doubted the objectivity of mainstream media in their country.

According to Barry White, Italy suffers from an unusually high concentration of media ownership by European standards.

"[Former Prime Minister of Italy Silvio] Berlusconi’s return to power in April 2008 gave him indirect control over up to 90 percent of the country’s broadcast media through the state-owned outlets and his own private media holdings. Although Berlusconi is out of power, the high concentration of media ownership remains, which may well explain the results in Italy," White told Sputnik.

Business, Political Groups Control Majority of Italian Media - Lawmaker
The ICM poll showed a similar situation in neighboring countries. Some 69 percent of Spaniards and 60 percent of French residents interviewed called in question the impartiality of mainstream media. More than a half of US respondents shared a similar opinion.

ICM Research surveyed over 8,200 people in the United Kingdom, France, Germany, Spain, Italy and the United States on May 1-4, 2015.