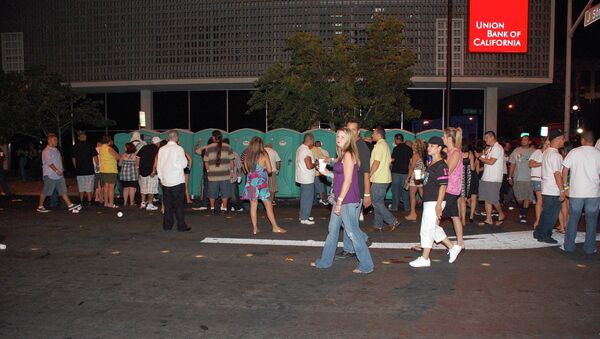 One person was killed and seven were injured as an unknown gunman opened fire at a warehouse party in Modesto, California, local media reported citing the police.

MOSCOW (Sputnik) — According to the Fox News channel citing the police, the party was taking place after the X-Fest music festival on Sunday. A black adult male opened fire in the parking lot as the people were waiting to get into the event.

All eight victims were transported to a local hospital. A young man died of injuries, while five victims were treated and released and two were hospitalized.

This is not the first shooting in Modesto in recent days. On Friday, one person was killed, and one other was injured in a shooting near an apartment complex.