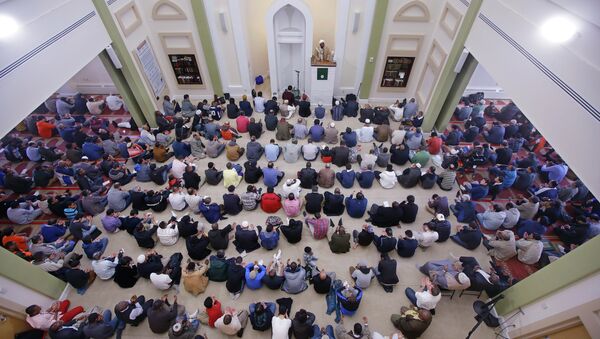 © AP Photo / Stephan Savoia
Subscribe
A self-professed white supremacist has been convicted of attempting to build a weapon of mass destruction to use against Muslims in upstate New York, the US Department of Justice announced in a statement.

WASHINGTON (Sputnik) — In 2012, the FBI had been informed that 51-year-old Glendon Scott Crawford had approached local Jewish organizations in an attempt to find others to help him develop technology that could be used agianst those “whom he perceived to be enemies of Israel,” the Justice Department said on Friday.

“During a 14-month investigation, the Albany FBI Joint Terrorism Task Force learned that Crawford was attempting to solicit funds to purchase, and then weaponize, a commercially available X-ray machine so that it could be used to injure or kill others by exposing them to lethal doses of radiation,” the the Justice Department statement read.

Crawford later scouted out mosques in Albany and Schenectady, as well as an Islamic community center and the New York Governor’s mansion as possible targets of his attack.

He also told undercover agents that he had planned to place the radiological device in a van or truck and would park the vehicle near a target while remotely activating the device so it would shoot lethal doses of radiation.

Crawford is scheduled to be sentence in December 2015. He is the first person to be found guilty for attempting to build a radiological dispersal device, a statute that was passed in Congress in 2004.