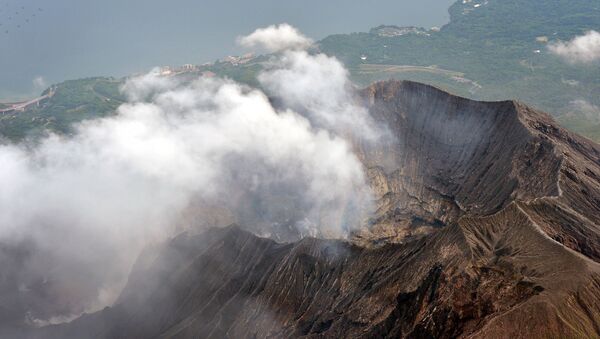 Sakurajima Volcano Alert Leads to Evacuation Advisories in Japan
TOKYO (Sputnik) – On Saturday, the JMA increased alert level 3 to level 4 after more than 1,000 earthquakes were registered near the volcano.

The eruption took place at 3:13 a.m. local time (18:13 GMT on Tuesday) and it was the first eruption after the alert level had been increased, the Mainichi newspaper reported, citing the JMA.

Earlier, authorities recommended 71 residents in the area near the volcano to evacuate. Local authorities warn of possible further evacuation that may affect estimated 4,500 people.

The Sakurajima volcano is located about 31 miles from the Sendai nuclear power plant, which was the first nuclear facility to restart one of its reactors earlier this month, after new safety rules were introduced in Japan following the 2011 Fukushima nuclear disaster.

In 2011, the largest nuclear catastrophe in the world since the 1986 Chernobyl disaster took place in Japan, when the Fukushima Daiichi nuclear power plant was hit by a 46-foot tsunami, triggered by a 9.0-magnitude offshore earthquake. Three of the six reactors were destroyed and thousands of local residents were killed.