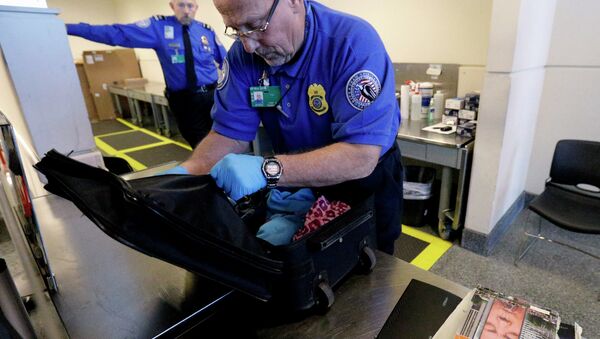 WASHINGTON (Sputnik) — On Monday, a cost breakdown provided to Congress revealed that the TSA had spent more than $150,000 per unit of failing body imaging technology since 2008, according to media reports.

Schiavo argued it is not surprising to spend such amounts of money on security-related technology because aviation security is "so important."

Asked about how the TSA security system failed to identify explosives and weapons in more than 95 percent of tests at US airports, Schiavo said routine checks are the culprit.

Congress should understand, Schiavo argued, that the authorities have to develop new technologies and test them "all the time."

"[S]o when we hear criticisms of the TSA — well it’s different every time I go to the airport? Yes, it should be."

"We always think we can put in a quick fix. We’ll get the magic bullet, then we don’t have to change anything, and that’s the mindset that has led aviation into trouble time and time again."

TSA Sued Over Lack of Regulations for Body Image Scanners

In May 2015, the Department of Homeland Security (DHS) reported that TSA’s officers were unable to say which airport security screen equipment worked and which did not.

TSA has come under intense criticism in recent years for its intrusive approach to inspecting passengers; spectacular failures to discover explosives in vast majority of tests at airports; and failures to identify numerous employees who had ties to terrorist organizations.

TSA has spent $540 million on checked baggage screening equipment and $11 million on training since 2009.

The agency has been allotted $7.2 billion for Fiscal Year 2015, according to the DHS.