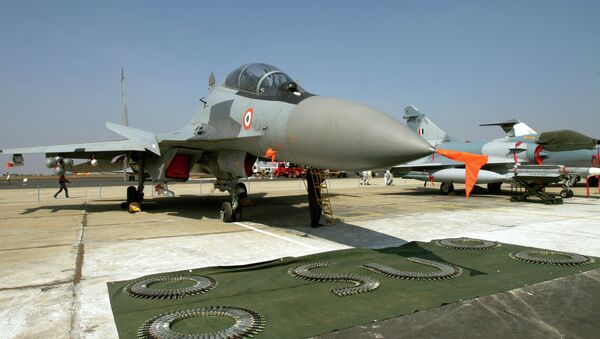 Russia remains the primary supplier of arms to India despite reports that the country is no longer the leading weapons supplier, Russian Ambassador to India Alexander Kadakin told Sputnik on Friday.

"A statement that Russia has lost its positions on the weaponry market in India is very exaggerated. We are still holding the leading, unique position in the sphere of direct supplies and joint Russia-India production of weapons and military equipment," Kadakin said.

Russia, India Discuss Joint Production of Planes, Subs, Tanks
Weapon sales cooperation between Russia and India is based on a long-term program between 2011-2020 seeing a budget that exceeds $35 billion.

According to Kadakin, India's armed-forces modernization stipulates large purchases of modern weapons from abroad in the amount of tens of billions of dollars, with Russia being India's top partner.

In 2013, India purchased weapons and military equipment, including nuclear submarines, jet fighters and battle tanks from Russia in an estimated amount of $4.78 billion, making Moscow the largest military-technical partner of India, according to Russia's Federal Service for Military-Technical Cooperation.