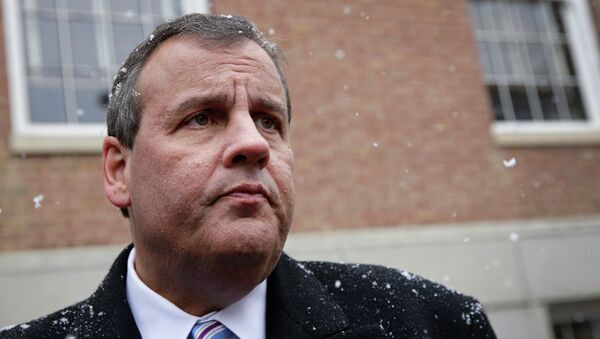 © Patrick Semansky
Subscribe
Chris Christie has troubles in his home state: a majority of voters want him to resign.

“New Jerseyans want the governor to resign now that he is officially in the 2016 primary race, but they want him to do it on his own terms,” Ashley Koning, assistant director of the Eagleton Center for Public Interest Polling at Rutgers University in the state, told nj.com in comments reported on Thursday night.

Chris Christie Sued for $4 Billion Over Missed Pension Payments
Christie narrowly scraped into the top ten Republican candidates participating in the first nationally televised debate on Fox News on August 6, an event that was viewed by 24 million people. But his campaign so far has failed to gain in popularity from it.

According to the poll, 54 percent of voters want Christie to resign and only 41 percent want him to stay in power, nj.com reported.

Some 53 percent of the respondents were critical of Christie’s continued absence from his own state to campaign for president with 39 percent saying it had no effect.

Christie’s presidential efforts were also hurting his credibility within New Jersey, the poll found, with 59 percent saying his judgement on approving or vetoing legislation was governed by his presidential ambitions rather than what was good for his own state.

Christie has been out of New Jersey for more than half of 2015 so far, the report said.