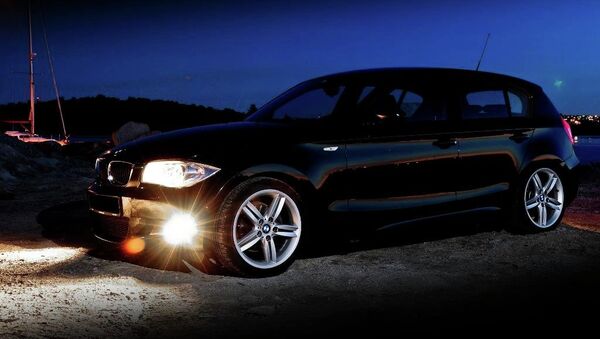 French police are struggling to stop violent British human trafficking gangs, who have been smuggling people into the UK by hiding migrants in suitcases and evading border protection authorities by driving in luxury cars, a French mayor has claimed.

Franck Dhersin, mayor of the town of Téteghem in Northern France, says that British smugglers were using a migrant camp close to his village to traffic people across the English Channel and into the UK.

The group, which Mr Dhersin refers to as "mafia," reportedly charging up to $2,340 (£1,500) to take people to Britain, has managed to evade the detection of authorities by hiding migrants in suitcases and other items while travelling in luxury, UK-registered cars such as Jaguars and BMWs.

"They are English mafia in English cars," the mayor said while visiting the migrant camp situated close to Téteghem, near the port of Dunkirk.

The claims come amid reports that police are investigating UK-based crime gangs involved in the transportation of migrants across the Channel, using cars with British number plates.

It’s thought that on top of using luxury cars, the gangs have been hiding migrants in lorries and vans to avoid detection at border protection points at Calais and Dunkirk.

Téteghem mayor Mr Dhersin said that regulations made it too difficult for French authorities to stop and check all cars leaving France for the UK, especially those that are registered in Britain.

He said that he was determined to put an end to the smuggling of vulnerable people across the English Channel.

Struggle to Crack Down on Smugglers

Unlike the large-scale people smuggling operations in North Africa and the Middle East, where hundreds of people are crammed onto boats in the hope of reaching Europe via the Mediterranean, groups transporting migrants from France to the UK are thought to be involved in much smaller, subtle operations.

10 truths about the #migrantcrisis David Cameron should know before he opens his mouth http://t.co/Fm1pJHQPRh pic.twitter.com/NYLeLV2jOg

This in turn has made it much more difficult for authorities to monitor trafficking operations, and subsequently arrest and convict those responsible.

On top of incidents where migrants have attempted to storm border crossing points and pile into the back of UK-bound vehicles, there have also been reports of locals in French port towns being approached by people smugglers to take part in migrant trafficking operations.

This comes as British Prime Minister David Cameron increased the resources given to British authorities in Calais, following a number of violent incidents in recent times.