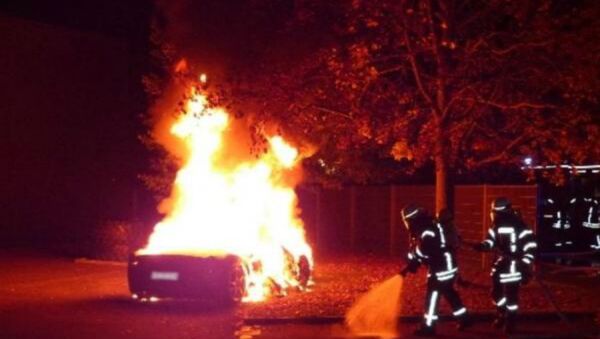 The son of a Swiss millionaire is on probation after he lit his three year old, $245,000 Ferrari 458 Italia on fire so that he could get an upgraded model.

Fire in Chernobyl Exclusion Zone Likely Caused by Arson
The man, who was 19-years-old at the time has not been named by the press, but reportedly has “no less” than 15 other luxury vehicles, and receives an allowance of 5,000-10,000 dollars a month from his father.  He was also given a property portfolio by his father that is estimated to be worth around 30 million dollars.

Despite the obscene excess, the teen decided that his three year old vehicle was not good enough and felt he deserved an upgrade.  When he arrived at the car dealership to do a trade-in, however, he learned that his vehicle was only worth a $193,500.

Having none of his allowance saved up, the Ferrari salesman decided to help the teen devise a plan to torch the vehicle for insurance money so that he could get his upgrade.

The duo took the vehicle across the border to Germany and paid two men $15,000 each to set the Ferrari ablaze while he was at a local massage parlor.

China Fines Mercedes $56Mln for Fixing Luxury Car Prices
During an investigation into the arson by the insurance company, they uncovered surveillance footage and voicemail messages that implicated the teen and his accomplices.

In court, the young man testified that he had ran out of money and was not brave enough to ask his father for the upgrade.  While he could have landed himself in prison, the judge opted to sentence him only to probation.

The now 20-year-old was fined $32,000 and has been sentenced to 22 months of probation.  His friends were sentenced to 14 and 16 months probation.  It is unclear if the car salesman faced any charges.