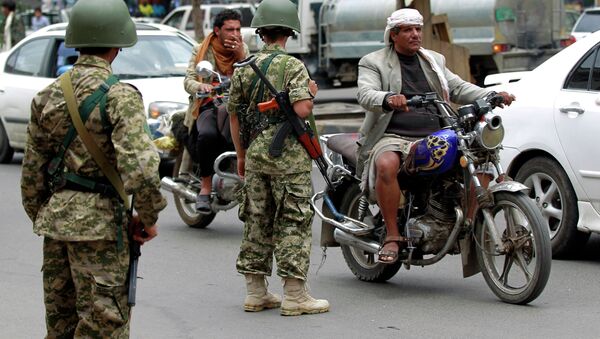 Yemen's Deputy Parliament Speaker Mohammed Shaddadi and ex-Interior Minister Hussein Mohammed Arab were wounded in an attack on a motorcade in the south of the country, a local source told Sputnik Tuesday.

Yemen Gov't Forces Announce Recapture of Another Province From Houthis
MOSCOW (Sputnik) – According to the source, five guards were killed and several injured in the attack, which took place in the province of Abyan.

"The motorcade of Shaddadi and Arab was attacked from ambush, while moving to the front line, both were wounded," the source said, adding that the politicians were taken to Aden, the biggest city in southern Yemen under government control.

On Tuesday night, the Yemen Voice information portal reported that Shaddadi had died of wounds. The information on Shaddadi's death has not been confirmed.

Since 2014, Yemen has been engulfed in military conflict between Houthis, the country’s main opposition faction, and government forces.