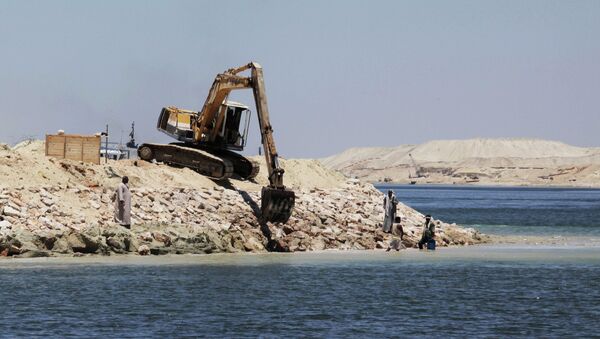 Egypt will inaugurate a new 44.7-mile lane of the Suez Canal on Thursday, part of which will run parallel to the existing waterway.

Egypt Embassy in Moscow to Work on Attracting Investment to New Suez Canal
"We have a lot of Russian businesses that have contacted us already. They are from shipbuilding, logistic support for the shipment, petrochemicals businesses and from the agroindustry as well," Badri said.

A working group has been set up at the Egyptian Embassy in Moscow to provide outreach to Russian investors wishing to take part in the project.

The canal is a crucial waterway linking the Mediterranean with the Red Sea. Its first lane was launched almost 150 years ago and took 10 years to complete.