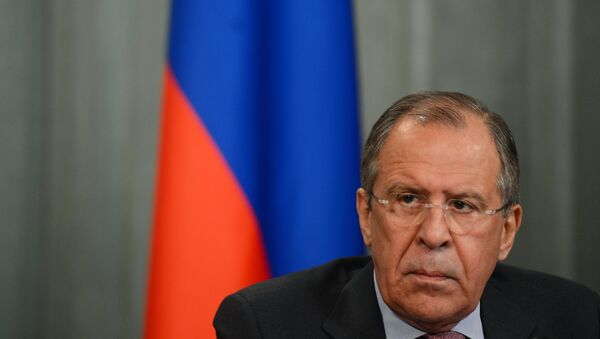 "This year's ASEAN Ministerial Meeting will be held in Kuala Lumpur. On August 5, Russian Foreign Minister Sergei Lavrov will meet with his counterparts from ASEAN. Dense work lies ahead at the meeting of foreign ministers of the countries participating in the East Asia Summit and the 22th session of the ASEAN Regional Forum," Morgulov said in an interview.

The deputy foreign minister added that the top diplomats will discuss prospects of deepening the relations between the countries.

The meeting’s agenda features new initiatives, including the Integrated Action Plan until 2020 and the announcement of the cultural cross-year between Russia and ASEAN.

Since 1990, Russia has been actively cooperating with ASEAN participating in the organization's summits.

"We see as promising the trend of integrating potentials of the Eurasian Economic Union and the not yet created ASEAN Economic Community, the elaboration of inter-regional trade liberalization. In this regard, a pilot project was May’s signing of a free trade agreement between the EEU and Vietnam," Morgulov said in an interview.

Morgulov added that economy would be top priority for Russia's cooperation with ASEAN, especially for the economic development of Russia’s Siberia and Far East regions.

According to the deputy foreign minister, Moscow expected to implement major joint modernization and infrastructure projects based on the road map on trade and investment adopted in 2012.

The ASEAN countries are planning to officially announce the establishment of the Economic Community until the end of the year.

On August 5-6, Malaysia will host ASEAN annual meetings, including ASEAN-Russia Ministerial Meeting, the foreign ministers’ meeting of the countries participating in the East Asia Summit and the 22th session of the ASEAN Regional Forum.

The ASEAN Regional Forum, to be held on August 6 in Kuala Lumpur, will adopt a plan on the safe use of information and communications technology, Igor Morgulov said.

“During the ministerial meeting we expect to adopt a working plan on the safe use of information and communications technology, which was prepared by Russia, Malaysia and Australia, with the assistance of other forum participants,” Morgulov told in an interview.