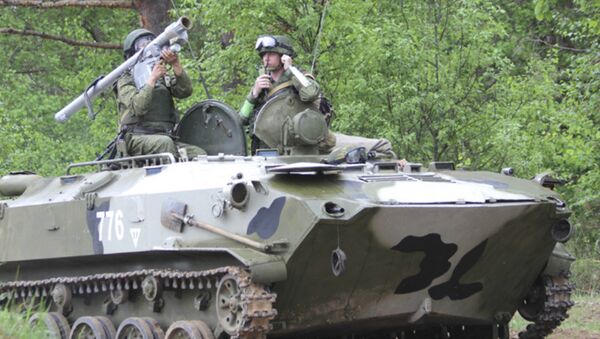 Participants of the International Army Games 2015 will take aim at more than twenty aircraft and the live cruise missiles of mock aggressors at the Masters of Air Defense Battle-2015 contest on August 8-12.

Russia Hosts First International Army Games
Over a hundred troops from the six countries taking part in this year’s Army Games will compete at the Masters of Air Defense battle contest, which will be held in Russia’s Krasnodar region on a firing range near the town of Yeysk.

Squads from Russia, China, Pakistan, Venezuela, Belarus and Egypt will take part in the competition. All the teams, except the Chinese, will use Russian military equipment. The participants from China will deploy pieces of hardware produced in their homeland.

Every participating team will need to destroy two guided missiles using portable GPHR SAM weapons. Each of those targeted missiles is expected to be launched with an interval of approximately 6-7 seconds. The goal of every squad will be to detect the presence of a missile and eliminate it in less than 15 seconds. Guided missiles will be fired from a Strela 10 Russian air-defense missile system to simulate an enemy attack on the competing troops. 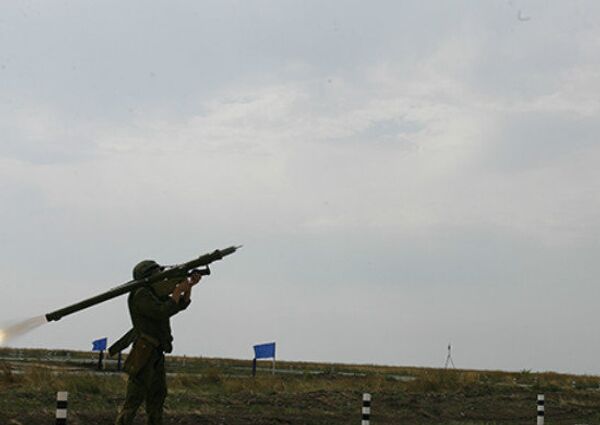 Moreover, troops will have to demonstrate their cross-country driving skills. Squads will ride 14.5 km (9 miles) in armored personnel carriers along routes crafted with artificial barriers.

As reported, more than 50 pieces of military equipment are expected to be used during the contest. The Russian commander of the air-defense team, Lieutenant General Alexander Leonov, said that none of Russia's cutting-edge military ammunition will be deployed.

“Our squad won’t put the most cutting-edge military technology into service at the contest. Instead, we will use larger-scale weapons, which are used on regular basis by the Russian Army; machines, which were tested in different conditions and are familiar to every troop. Neither the Verba, a man-portable SAM weapon nor the BTR-82 armored personnel carrier will be at the competition. There, we would rather deploy standard pieces like the man-portable Igla SAM weapon and the BTR-80 armored personnel carrier,” Leonov was quoted by Ria Novosti as telling Echo of Moscow. 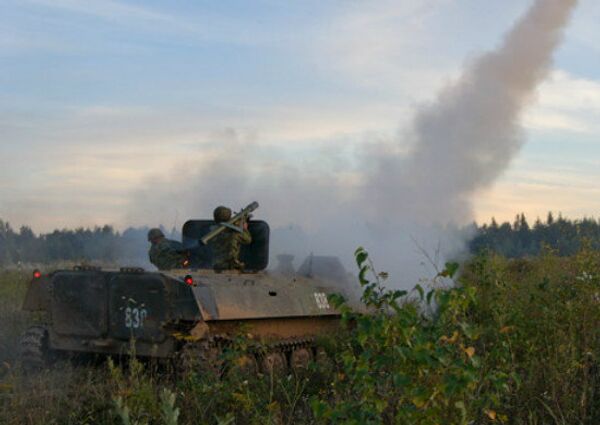 The lieutenant general said that the event will be broadcasted on national TV along with other International Army Games 2015 contests. He also added that seating will be provided at the firing range for over 1,000 viewers.

Representatives from Iran, Vietnam, Myanmar and Turkmenistan will attend the event as observers, Leonov said. He expressed hope that next year these countries will participate in the contest and the International Army Games in general.

The International Army Games is a series of contests, conducted by the Russian Defense Ministry, which are set to be held in ten locations in Russia from August 1 through August 15. More than 2,000 troops from 17 countries are taking part in the games.