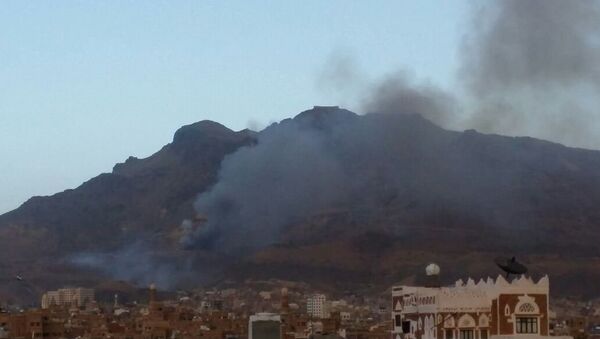 Egypt reportedly prolonged the participation of its armed forces in the Saudi-led coalition in Yemen for six months.

MOSCOW (Sputnik) – Egypt prolonged the participation of its armed forces in the Saudi-led coalition in Yemen for six months, local media reported.

“President Abdel Fattah Al-Sisi met Saturday with members of the National Defense Council, in a meeting that saw the expansion of the Egyptian armed forces’ participation in the Saudi-led coalition in Yemen,” Daily News Egypt said Saturday.

Egyptian military presence has been extended for half a year or until the end of the mission if it comes sooner.

Egypt to Deploy Ground Troops to Yemen Only If Need Arises
Egypt's President Abdel Fattah Sisi ordered to send a contingent of the country's navy and air force to participate in the Saudi-led military operation in Yemen on March 26.

Yemen has been in a state of civil war since 2014, when Houthi militants, the country’s primary opposition party, took control over vast parts of the country, forcing Yemeni President Abd Rabbuh Mansur Hadi to flee to Saudi Arabia.