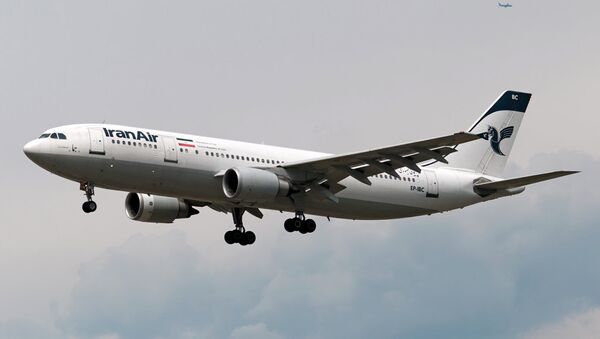 Tehran plans to purchase around 90 Boeing and Airbus planes every year in a bid to upgrade its ageing fleet of commercial airliners, a senior aviation official said on Saturday.

Egypt Considers Buying Russian SSJ100 Planes for National Airline
"We need to add 80 to 90 airplanes (to the fleet) each year in order to have 300 young and active airliners by the next five years," Mohammad Khodakarami, deputy head of Iran's Civil Aviation Organization, told Tasnim news agency in Tehran.

Back in April, Iranian Minister of Roads and Urban Development Abbas Akhoundi announced preparations for major investment in Iran's civil aviation industry as soon as the international  sanctions are lifted under a comprehensive nuclear deal.

According to the minister, Tehran is in extensive talks with foreign companies to refurnish its air fleet and develop its airlines, the Tasnim report said.

On July 14, Iran and the 5+1 Group of international mediators (Russia, China, the US, Britain, France and Germany) finalized the text of an agreement on Iran’s nuclear energy program in Vienna.