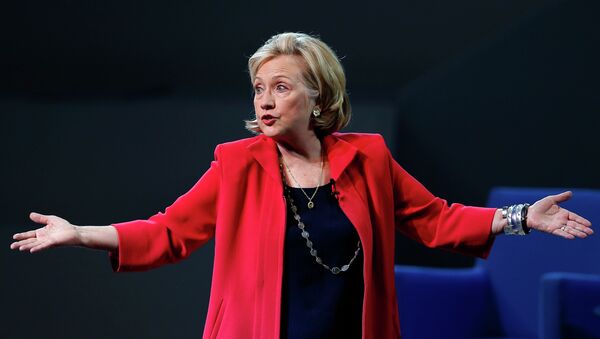 Newest NYTimes Reporting Fiasco Targets Hillary Clinton
WASHINGTON (Sputnik) — The new trove comes after a US district judge rejected the State Department’s plan to release some 55,000 pages of Clinton’s e-mails in one large batch in January, but instead ordered the Department to outline a schedule for releasing the e-mails on a rolling basis.

In May, the State Department released the first set of 296 Clinton e-mails, detailing how she handled the September 2012 terrorist attacks on the US diplomatic compound in Benghazi, Libya, which killed US Ambassador Chris Stevens and three others.

The e-mails revealed that the State Department knew Ambassador Stevens’ life was in danger 18 months before the terrorist attacks. The e-mails also showed the US government misled the American public about the details of the attacks.

Clinton, who is a Democratic Party frontrunner in the 2016 presidential election, has been under fire over the mismanagement of her official e-mails since a New York Times story came to light in March. She is accused of using a private account for official business to dodge transparency rules.