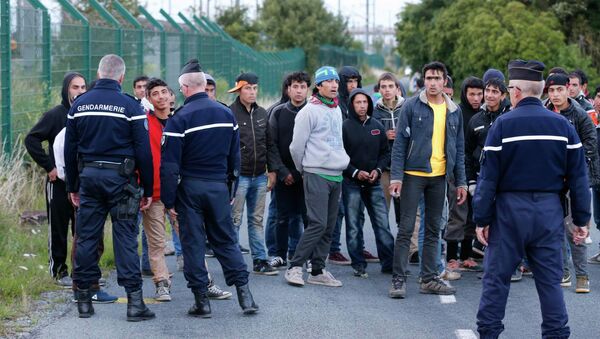 Hundreds of migrants were stopped at the Eurotunnel complex while attempting to enter the United Kingdom amid a crisis in the French port of Calais, British media reported Thursday, citing police sources.

UK Doing 'Everything' Possible to Secure Border Amid Calais Migrant Crisis
MOSCOW (Sputnik) — According to the French police sources, 300 people were stopped in the Eurotunnel last night, the ITV channel reported.

Thousands of attempts were made by migrants to enter the United Kingdom through the Eurotunnel this week, with about 150 said to have arrived in Britain, according to ITV. Several people have died trying to enter the country.