Flights From Rome's Fiumicino Airport Suspended Due to Wildfire - Alitalia 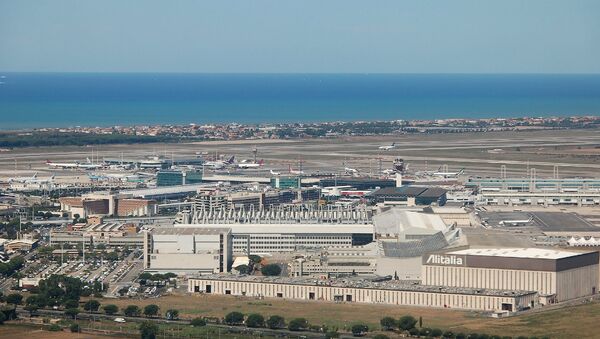 All flights from Rome's Fiumicino airport have been suspended fie to a wildfire outside the city.

MOSCOW (Sputnik) — A wildfire outside Rome has led to the cancellation of all flights out of Fiumicino Airport on Wednesday, the Italian airline Alitalia has announced.

"Due a fire outside Rome #Fiumicino airport all departures are suspended," Alitalia stated on Twitter.

According to the Corriere della Sera newspaper, a high column of smoke is visible from Fiumicino. The line of fire has stretched across the airport perimeter. Over ten fire brigades, as well as rescue services and local police officers, are working at the scene.

The mayor of Fiumicino town, Esterino Montino, stated that "the situation is very serious as the fire has begun in two or three different places," adding that local authorities have requested helicopters to help fight the fire.

Due to strong wind the fire has spread to a nearby car park, setting some cars ablaze.