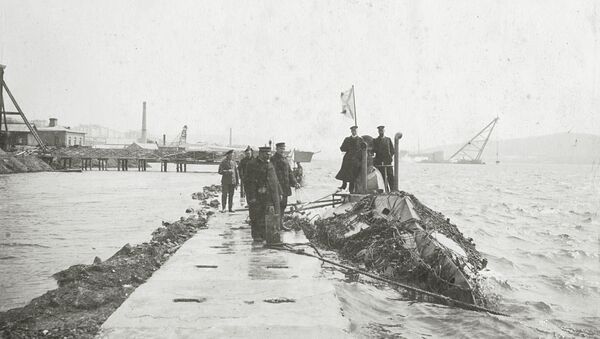 Sweden has apparently been on what some might call an impossible mission to locate what is not there – a Russian submarine close to its borders. But "ask, and it will be given to you; seek, and you will find."

Sweden's "I told you so" moment of triumph came earlier this week when a team of salvage hunters reported a discovery of what appeared to be a sunken Russian submarine in Swedish territorial waters.

"They finally found a Russian submarine in Sweden's waters. Suspicions of [Swedish] authorities have been confirmed – it sank there back in 1916. The search took a long time," the State Duma's head of the foreign affairs committee Alexei Pushkov joked on Twitter.

Press release on the sunken "Russian Sub" in the Swedish territorial waters by @OcanXteam pic.twitter.com/7SFNaYsaE6

Sweden Finally Gets Their Russian Sub (But It's 100 Years Old)
Consequently the triumph was not meant to last long. The press release published by Ocean X Team, who made the discovery, was the first sign that all those super excited by the news allegedly proving the presence of Russian watercraft close to Sweden could put some ice on it.

The divers described the submarine as 20 meters long and three and a half meters wide, which is significantly smaller than the Borei or Yasen class cutting-edge Russian subs, as well as the overwhelming majority of other subs in service with the Russian Navy.

Therefore it could not be the mysterious and non-existent Russian sub Sweden was frantically hunting down in October 2014. Stockholm pushed on with the futile weeklong search operation, which cost a staggering $3 million, despite the fact that Russia's Ministry of Defense repeatedly said that there were no Russian vessels in the area. 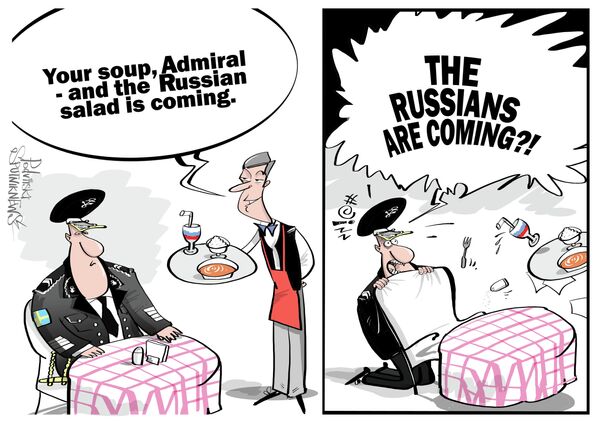 The newly discovered wreckage appears to be an Imperial Russian Navy sub which went down almost a century ago.

"We are most likely talking about the Russian submarine the Som (Catfish) which sank after a collision with a Swedish vessel in 1916 during World War I and before the Russian revolution," the Swedish Armed Forces said.

The Som-class submarines were designed by the Electric Boat Company, a subsidiary of the major US submarine manufacturer General Dynamics Corporation. The first Som watercraft, earlier known as Fulton, was transported to Russia and delivered to Vladivostok in 1904. A total of seven Som-class subs were built for the Imperial Russian Navy in 1904-1907.