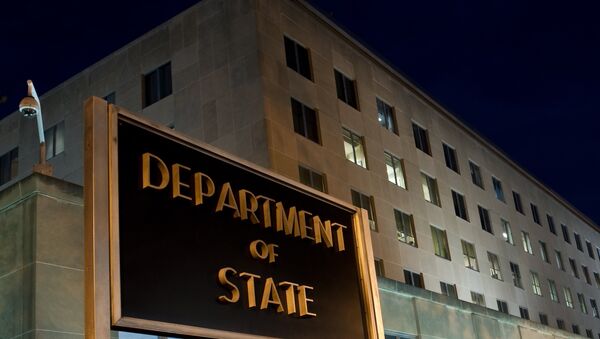 WASHINGTON (Sputnik) — A State Department report on human trafficking that gave the United States a most favourable rating for fighting the practice also documented the ubiquitous nature of slavery across US society.

“Trafficking can occur in both legal and illicit industries, including in commercial sex, hospitality, sales crews, agriculture [and] manufacturing,” the State Department’s Trafficking in Persons (TIP) report issued on Monday said in its section on the United States.

Human slavery, and the buying and selling of people into it, is also common in restaurants, health and elder care, salon services, fairs and carnivals, the State Department report added.

Although slavery victims come from almost every region of the world, the top three countries of origin of federally identified victims in fiscal year (FY) 2014 were the United States, Mexico and the Philippines, the report noted.

“Some US citizens engage in child sex tourism in foreign countries,” it said.

Many US state and local authorities, the report acknowledged, made the problem worst by treating the many victims of trafficking, especially children, as guilty parties.

“NGOs [non-governmental organizations] reported many state and local authorities failed to treat sex-trafficked children as victims of trafficking by arresting and incarcerating them,” the report stated.