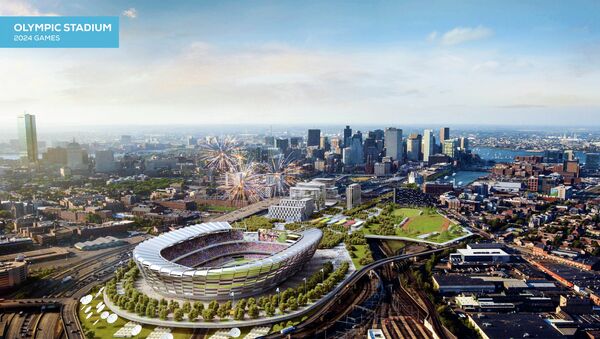 © AP Photo / Elkus Manfredi Architects for Boston 2024
Subscribe
International
India
Africa
Only hours after Boston Mayor Marty Walsh held a news conference saying he would reject any plan to host the 2024 Summer Olympics, the US Olympic Committee has officially dropped Boston’s bid, according to the Associated Press.

"It’s over," an anonymous official with knowledge of the decision said, according to the Boston Globe. "The discussions are about how to sunset it."

Details have not been given as to the rationale behind the decision, but earlier on Monday, Mayor Walsh had expressed his disapproval of the bid.

"I refuse to mortgage the future of the city away," Mayor Walsh said on Monday. "I refuse to put Boston on the hook for overruns."