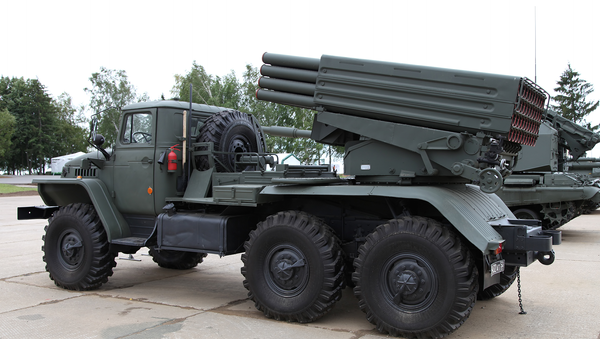 The Tornado-G multiple rocket launcher system is a modernized version of the BM-21 Grad but calling it a mere upgrade would not do this remarkable piece of military equipment justice. 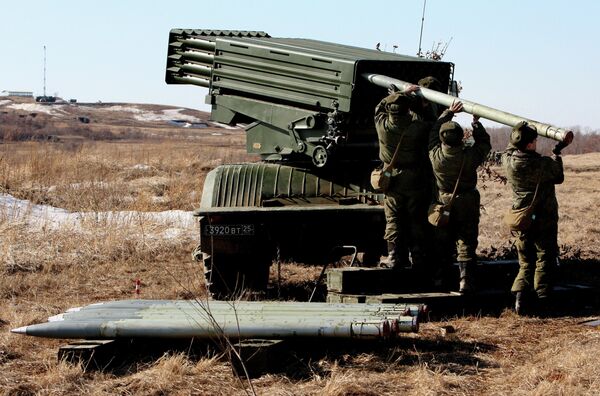 Troops load a Tornado multiple launch rocket system during the artillery drill of the 5th Army at Sergeyevsky base, Russia's Primorye Territory
© Sputnik / Vitaliy Ankov
/
Go to the photo bank

Unlike its predecessor, the Tornado-G has a GPS-based guidance system, making it more accurate. Its maximum firing range of 56 miles exceeds that of other artillery systems currently in service by three times and the launcher has a computerized fire control system.

Tornado Rocket System to Replace Grad in Russia’s Eastern Military District
The Tornado-G can fire rockets with improved range that are fitted with cluster warheads with self-guided multi-purpose submunitions. These projectiles are a perfect choice to use against enemy infantry and armored vehicles.

The upgraded system also boasts fire and forget capabilities. It can be repositioned to a different location up to 3.1 miles away before the fired rocket hits the target.

A single Tornado-G launch is capable of wiping everything stationed on an area as large as 40 acres.

"This is a powerful and deadly weapon, unique in terms of combat qualities," Major General Sergey Legotin told Zvezda TV network. "It is easy to operate, very reliable and one of a kind in the hands of trained personnel," he added.

The first Tornado systems, in development since 1990s, entered service in 2012. By 2020, the Tornado-G will fully replace BM-21 Grad launchers.

The Grad is a 122-mm multiple rocket launcher system. It was developed in the early 1960s and its purpose is to attack troops, unarmored and armored vehicles, artillery and mortar batteries, battle headquarters and other targets. 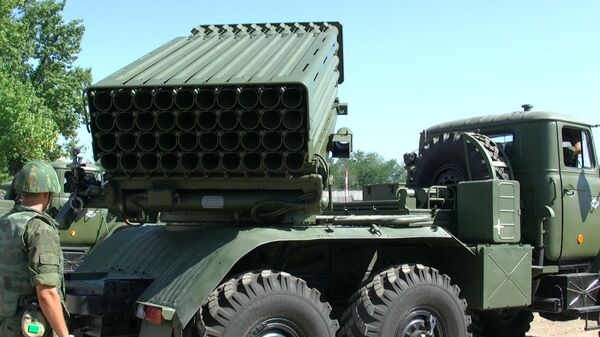